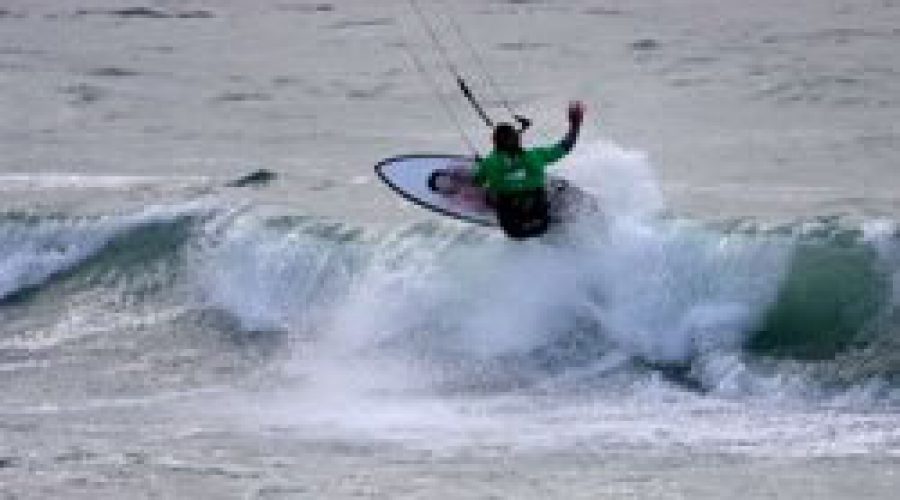 The kitesurfing legend pulled out all the stops to narrowly defeat former surfing professional Richard Sills in a hard-fought final.

The BKSA event on the west coast of Ireland featured the UK’s top kiting waveriders including Cornwall’s very own James Waters and Lee “Pasty” Harvey.

Strong winds but small waves greeted the competitors for the multi-day event around Brandon Bay. Styles were vastly different from unstrapped unhooked to strapped and hooked in – strapped looking like the best option as the waves were extremely choppy and unpredictable.

In the Men’s final defending BKSA Wavemasters champ Will Bennett met his toughest opponent to date in Richard Sills. Richard had some great waves and smacked vertical. However Will’s linked turns and smacked lips, and his uncanny wave selection of finding the best waves secured another win for the 4th year in a row.

Overnight, the swell picked up and the wind swung a touch more offshore so organisers led everyone to Stony Gap for the remainder of the Ladies rounds. The conditions favoured Debbie Kennedy and Kirsty Jones who both rode some long walls. Celine Coullard put in a great try on her backhand however it was not enough, Debbie took 2nd overall and Kirsty 1st.

For the remaining days, the wind was deemed too light to compete but the surf increased so many of the competitors went surfing instead. On the final day presentation, competitors received glass trophies and a share of the £1000 prize fund.

More information on Kitesurfing in Cornwall >>