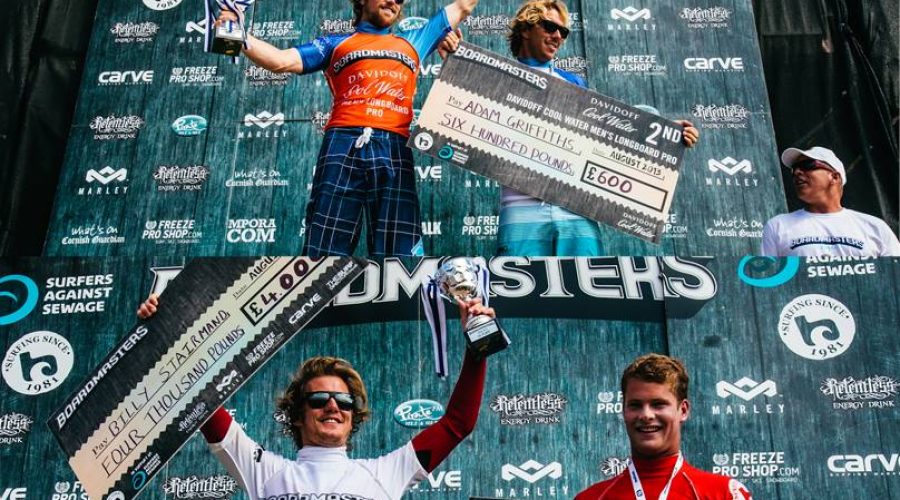 Ben Skinner picked up yet another trophy when he won the longboard division of the Boardmasters contest in Newquay.

Boardmasters is one of the UK’s biggest and best known surfing events, and a win here is an important accolade for any Cornish surfer. Skinner finished just ahead of friend and fellow local Adam Griffiths in a hard fought contest in front of huge crowds at Fistral Beach.

The pair took the top honours in the Davidoff Cool Water Longboard Pro, in challenging conditions against some of the country’s top longboarders including Ben Howey and Zak Lawton.

Surfers from Cornwall also did well in the Men’s Open event with Sam Lamiroy and Alan Stokes each progressing well through the contest heats. In the end it was New Zealand surfer Billy Stairmand who won the Men’s Open, with Australian Chris Friend finishing in second place.

In the women’s final, young surfer Keshia Eyre took the title ahead of Sarah Beardmore.

Elsewhere in the Boardmasters festival there was a massive skateboard ramp with contests and demos, plus a music festival at watergate bay featuring ben Howard and Basement Jaxx.