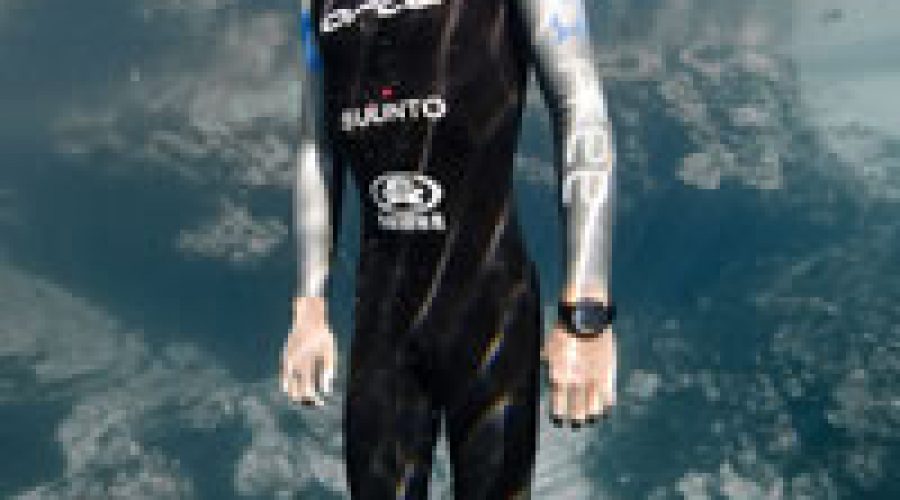 Freediver Will Trubridge, who has joint British and New Zealand citizenship, broke his own constant weight no fins (CNF) category record with an 88m dive Vertical Blue, the world’s premier invitational freediving competition held at Dean’s Blue Hole in the Bahamas. The 28-year-old’s added two metres onto his previous mark with just a single breath lasting 3min 30sec.

Trubridge, a freediver of six years had some worries before going for the record after a failed attempt six days earlier. On that occasion he reached 88m, but upon returning to the surface blacked out and was subsequently disqualified.

“I had a lot of anxiety about the dive when I entered the water for another attempt at this record this morning, but somehow I managed to remain calm and finished the dive completely lucid,” said Trubridge. “I’ve trained hard for this record and the results speak for themselves – I’ve done it!”

Herbert Nitsch (AUT) bettered his own constant weight (CWT) record by a huge six meters that he’d set earlier in the week, with an incredible 120m dive. The 39-year-old from Vienna is widely regarded as the greatest freediver of all time and the improvement was the single biggest world record increase in the sport’s history. On April 6, Nitsch also broke the free immersion (FIM) world record, descending 109m below the water surface.

In addition to Nitsch and Trubridge’s records, British woman Sara Campbell successfully completed a world record-breaking 96m CWT dive, which brilliantly announced her comeback to the sport after a two-year absence.

All categories are recognised by freediving’s governing body, the International Association for the Development of Freediving (AIDA).

For each dive, a pre-moistened, stretched and measured rope with a circular base plate fixed at the target depth is set into the water. Velcro tags are clipped to the line with carabiners so that they sink down and sit on the base plate.

Divers must retrieve a tag with a single breath and their diving watch is checked to ensure they reached the target depth. A small camera is also positioned on the base plate to film the diver retrieving the tag. Athletes also wear a lanyard attached to the line and in case of a blackout, the entire rope is hauled to the surface, bringing the stricken diver with it.

In CWT the diver descends and ascends with fins or a monofin but in CNF, no fins are permitted. For FIM divers use the rope to pull themselves down and up, but have no other form of propulsion.