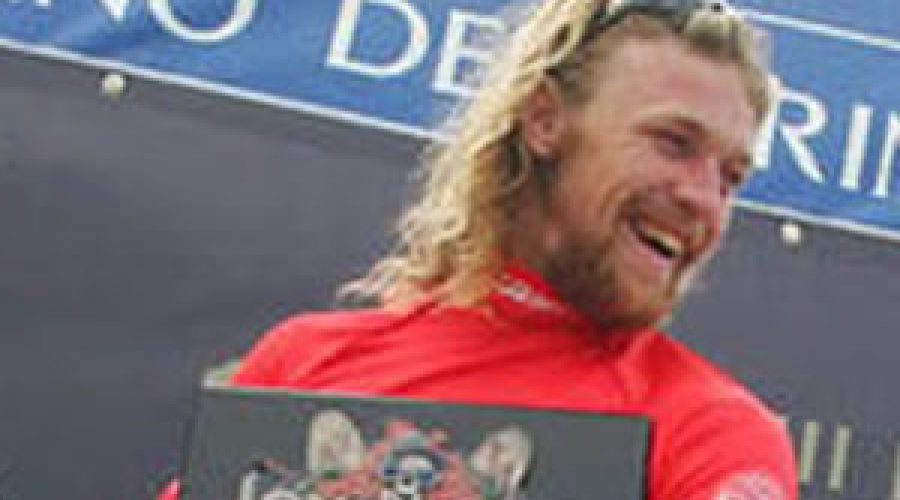 Cornish surfing superstar Ben Skinner has notched up another giant success on the international stage with a double triumph in the first and crucial event of the 2009 ASP European Longboard Tour.

At the Tapia de Casariego event in northern Spain, Newquay-based Ben, 24, won the men’s final with an outstanding performance that also secured his wild card ticket on the Oxbow World Longboard Tour (WLT).

It was the latest in a series of spectacular successes in recent years for Ben, who is sponsored by Skinners Brewery, Oxbow, Relentless and Skindog Surfboards.

He has been No. 1 European longboarder since 2007 and in 2006 won a silver medal in the World Surfing Games – the equivalent of the Olympics – in California. Last year he bagged a second world No. 2 title as runner-up in the Pro Longboard Classic in Japan.

“My Pro Tapia result was right up there with the best of them,” he said.  “I achieved near-perfect scores throughout the event and it’s a huge step along the road to my ultimate ambition of becoming a world champion.”

He dominated the Spanish event in consistent wind-blown five foot waves to defeat in-form Frenchman Alexis Deniel in the final.  In the 30-minute decider, he posted both the highest wave score and heat result.

Ben, who decided to make the trip to Tapia less than a week before the start of the event, finished with an unstoppable points tally of 18.37 out of a possible 20.

“It was the perfect ending and achieved my main goal of the Oxbow World Longboard Tour ticket,” he declared. “I went there with a big result in mind. I was feeling great with my new Luffi/Skindog model and surfed as good as I could every day.”

In the semi-final, Ben beat another Frenchman, Remi Arauzo, with a score of 17.17 point against 14.17.  This for both surfers was a big heat, as whoever went through was to qualify for the WLT. Ben kept his cool, opening up with a nine-point ride that put him in a combo position for the rest of the heat.