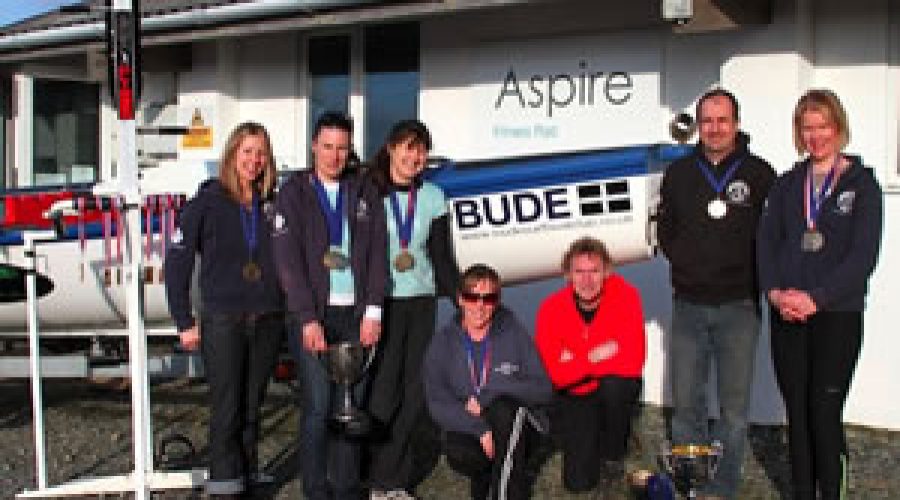 Members of the Bude Surf Boat Club are in training for a World Record attempt that will see them scaling the equivalent of Mount Everest on a specialist climbing machine.

The eight-strong, all female team is preparing to make the attempt in March on the Versaclimber Sport and beat the current record of 8,848m in 2hr, 45min and 53sec, set by a group from Fusion Gym, Bude in September 2006.

The Versaclimber Sport is used by athletes across the country and provides a step to climb ratio of 1:1, resulting in a zero-impact total body workout. It has already played a vital role in the club’s training regime and has helped the Bude Runners team on their way to securing the coveted titles of Summer Series Champions, UK Champions and European Champions.

Out of a total of 20 races in the 2010 season, the Bude Runners secured 16 outright wins, one joint first and three second places, netting a total of 178 points, which is the highest total ever achieved by a female crew.

“Training during the winter months is vital to make sure that everyone is in peak physical condition for the new season,” commented Kelvin Turner, sports conditioning coach for the Bude Runners. “The record attempt is a great way to channel the competitive nature of the team and make sure they’re on top form to retain their titles from what has been an outstanding season.

“I have the ethos of train hard, race easy and the Versaclimber Sport helps to push the team to the next level, which is why I wanted it to form the basis of the record attempt.”

Surf Boat Racing is an extreme sport that involves a five-strong crew starting each race waist deep in the sea, holding their boat head onto the waves. At the sound of the whistle, the team jumps into their seats and battles through the surf to reach a buoy 400 metres out to sea, before returning to shore and sprinting to a flag on the beach to finish.

Neil Kelford, managing director of Versaclimber UK, added: “Surf Boat Racing is obviously a very physically demanding sport, so we’re delighted that the Versaclimber Sport helped the Bude Runners and other members of the Bude Surf Boat Club on their way to victory last season.

“We’ll all be rooting for them in March when they take on the height of Everest in the World Record attempt.”