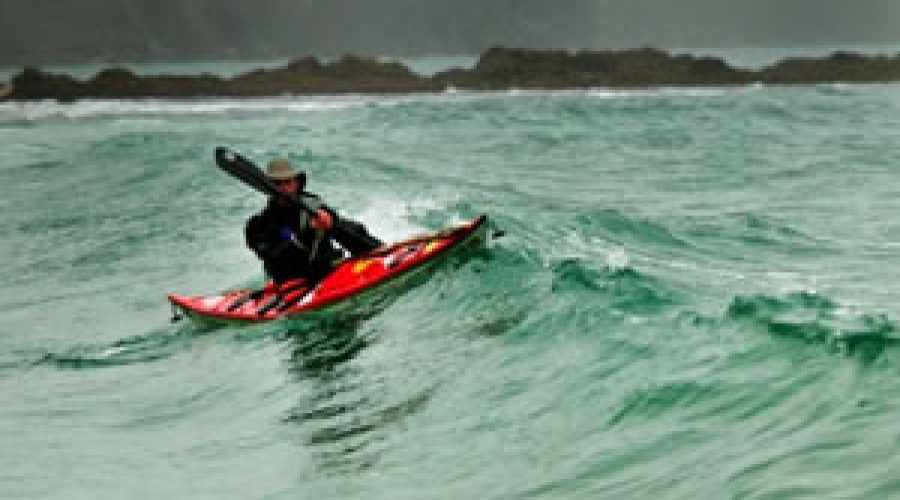 Two sea kayaking guides from Cornwall are tackling major paddling expeditions this Spring. One is heading for a kayaking first along the coast of South Korea, while the other will attempt to circumnavigate Ireland.

Simon Osborne and Jeff Allen, co-owners of Sea Kayaking Cornwall and experienced expedition kayakers, will go their separate ways on these ambitious trips sponsored by Kokatat, the 40-year-old paddle wear and accessories company.

Osborne and expedition partner Marin Medak will attempt to become the first people to successfully paddle the coast of South Korea. The expedition is expected to take 4-6 weeks and cover over 1,200 kilometers. Regional political instability could present challenges to the duo, not to mention average winter temperatures below zero.

“With the cold wintery climate and completely new culture this is set to be one of the greatest challenges to date,” said Osborne.

Team Expedition Paddler, comprised of Allen, Chris Millington and Harry Whelan will commence their record attempt to circumnavigate Ireland by sea kayak. In 1990, Mick O’Meara and team set the current record time of 33 days; Allen and team are aiming to complete their expedition in 28 days.

“Ireland is a special kind of challenge,” said Allen. “Besides the challenge of establishing a new speed record we will also have to journey down Ireland’s remote and exposed west coast, high cliffs, heavy surf and strong winds. It will test the team’s commitment to the full.”

The team has dedicated their expedition to raise money and awareness for the Ovarian Cancer Action Charity.

As expedition sponsor Kokatat is providing key gear including the GORE-TEX® Expedition Dry Suit to survive the expected cold and variable weather conditions in both locations. More information on these expeditions can be found on the website Expedition Paddler or on the Kokatat blog.

If you want to learn to kayak or join a less extreme sea kaying trip in Cornwall, check out our kayaking Cornwall page.