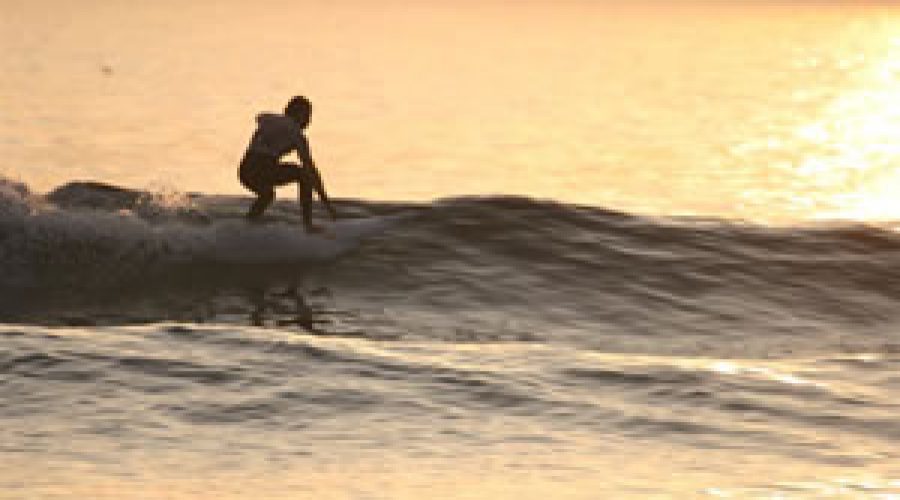 Bude Surf Classic is Back After a two year break the Bude Surf Classic returned to its “home” at Widemouth Bay on 10 May.

The event, which was organised by the community in Bude and supported by Christian Surfers UK, had five categories and attracted around 60 surfers for the one-day event.

The early weeks surf forecast had been quite optimistic, but with a huge ‘high’ sitting over the UK it became clear that the surf was always going to be on the small side.  Saturday started with beautiful sunshine and clean lines as the tide pushed up towards the high tide mark. Unfortunately, as the tide began to drop, conditions became a bit more tricky.

With good communications between the surfers and organisers the contest was put on hold a couple of times before the finals were run on Saturday evening with a beautiful sunset and clean 2ft waves.

In the Longboard Division, Dan Harris from Perranporth took the title to add to his Jesus Longboard Classic title of 2007 in a very keenly contested Longboard event.  With over 20 Longboarders competing in the Open Division the standard right the way through was very high and had the judges working hard.

In the Ladies division, Katie Block took the title, ahead of Porthleven’s Pippa Renyard and in the Bodyboard Open, Phil Milson from Oxfordshire took the winning spot.

Bude organiser Kevin Hogarth was very happy with the event and the support he received from local businesses in Bude.

This year’s event was in memory of Dick Willoughby who used to own one of the key Bude surf shops. He had been instrumental in supporting the event from the first year. He sadly passed away 3 weeks ago from Cancer and it was a fitting tribute to him that this event was a real success with a great spirit throughout.

Christian Surfers UK next surf contest is the Jesus Surf Classic in Croyde Bay over the weekend of 13-14 September. For more information see www.christiansurfers.co.uk