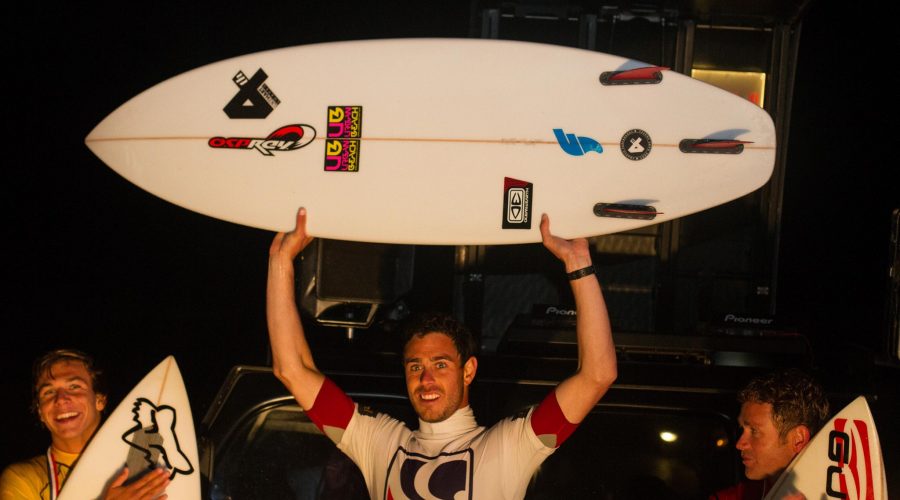 Sunshine and surf welcomed competitors and spectators to the beach for one of the most popular events on the UK Pro Surf Tour with heats running over two days.

In the Beach Bum Under14 Boys, UKPSA Under 12 Champion Stanley Norman was a standout performer during the heats winning his with exceptional scores. This was followed through with him taking the win in the final and Kit Innes taking second place.

In the Adams Surfboards Under18 Boys Newquay boy Angus Scotney dominated his heats and eventually take the win in the final.

Surfers in the Pro Juniors were up for a tough fight with UKPSA Pro Junior Champion Luke Dillon and Bude’s Jobe Harriss showing their raw talent. The win was eventually taken by Jobe, who managed to outclass the other finalists.

In the the final of the Women’s contest, last year’s Boardmasters and Night Surf Women’s Champion Keshia Eyre came over from Portugal to defend her renowned title. After an excellent final and a very close call the win was given to Keshia Eyre, who managed to defeat an on-form Ellen Harding, English Women’s Champion Emilie Currie and previous champ Hannah Harding.

The final of the Men’s Open took place under floodlight in front of a super packed beach. The all Newquay final saw Mark Harris, Luke Dillon, Tom Butler and Russell Winter battle it out for the title. Mark Harris fought hard but unfortunately couldn’t make the wave scores he needed to claim the title. Luke Dillon and Russ Winter got some high scoring waves but the win was taken by Tom Butler who slashed his way to victory pulling off some amazing roundhouse cut backs to impress the judges.

The event was closed by an amazing firework display that impressed the jam packed beach. Again the UK Pro Surf Tour would like to thank all the sponsors who have helped make this event possible including Newquay BID, Britannic Industry who own the Fistral Beach Complex, Fistral Beach Bar, the Stable Restaurant, Carlsberg, Pommie Grommet, Beach Bum, who are sponsoring the under 14 boys and Adams Surfboards sponsoring the under 18 Boys.

The next event on the UK pro Surf Tour is the Boardmasters, also at Fistral Beach, in August.