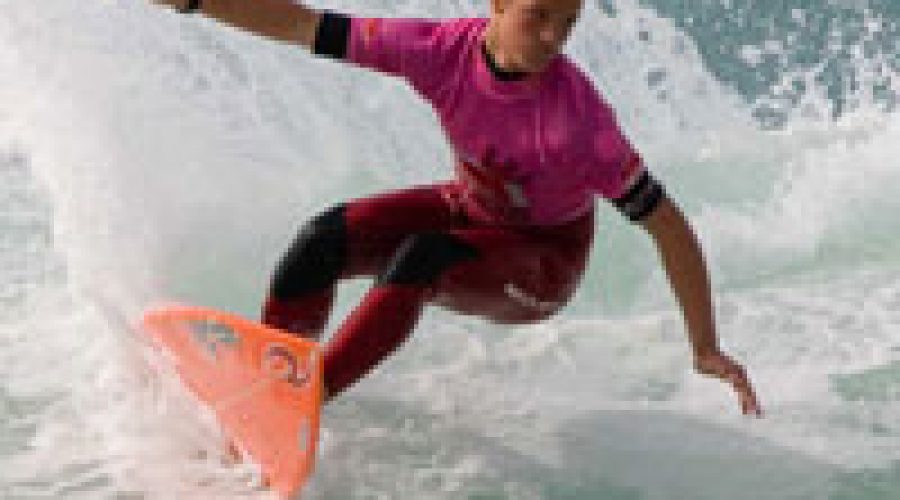 Cornish surfers shine at Quicksilver King of the Groms 2007

Each grom was battling it out in the waves with the hope of winning a coveted place in the grand final in Capbreton, South West France.

The two-day contest saw challenging conditions which brought some great competitive performances from local groms Toby Donachie from St.Merryn, and Leon Mansfield, who won the under 14’s event for the fifth time in a row. The girl’s event was also a tightly-fought contest, between Cardiff’s Gwen Spurlock, North Devon’s Karma Worthington and Holly Donnelly from Newquay.

The competition kicked off at Fistral Beach on Saturday, with consistent conditions of between 3ft and 4ft. But as Fistral was pounded with 10ft swells on Sunday, the action moved to Tolcarne Beach where there was a more manageable 5ft surf.

Contest director Jo Hillman of the British Surfing Association said: “There’s a lot more youngsters keen to get involved and compete at a national and international level. It shows real growth in the sport amongst under 16s. We had bigger sets of waves on Sunday which brought about more challenging conditions, and really pushed the competitors.”