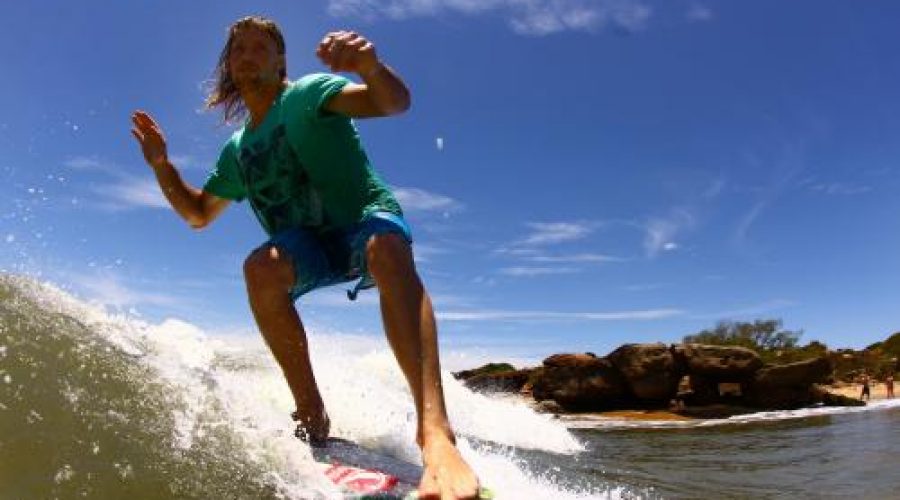 The best longboarders on the continent are heading to Watergate Bay in Cornwall this weekend (29-30 September) for the first leg of the Asahi European Tour of Longboard (ETL).
The famous Cornish surfing beach to compete is the first of three destinations for the tour, which moves on to Bouznika in Morocco in November and Estoril in Portugal in December.
Cornish surfer and reigning champion Ben Skinner is competing as well as organising the event. He is hoping to win this year’s tour to make it his tenth European title.
Skinner said: “It’s always nice to compete at home. I think to have the first event here and kick off the competition on your home beach has definitely got to have a little bit of an advantage.
“British surfers are always competing in Europe, so I thought it would be good for those guys to come here and see our country and surf. Also I think it will help the youngsters in our country to show off the level of surfing in Europe and hopefully inspire them to go further.”
Sponsored by Asahi beer and O’Neill Wetsuits, the event will run over two days. A fundraising evening on Saturday 29 October will take place at Retallack Resort and Spa near Newquay for the Joe Way Paddle for Life appeal.     The family-friendly fundraiser will offer live music, a raffle and a charity auction where guests can bid for items including a custom flowboard from Skindog Surfboards and an O’Neill wetsuit. Last year the event raised £1,200 for the charity.
Christian Hamilton, General Manager from Asahi said: “Asahi are really passionate about sport and are very excited to be supporting the European Tour of Longboard at Watergate Bay this September. People coming to watch the event will be able to enjoy the clean crisp taste of Asahi, on sale from The Beach Hut, whilst watching Europe’s best longboarders take to the water.”
Judges will score the surfers on a blend of classical and radical manoeuvres, with the event winner securing 1,100 championship points and a share of the €4,000 prize fund.
Steve Peters of O’Neill Wetsuits said: “I have always liked this particular event; it is so important to have something like this taking place in the UK. O’Neill love being able to support British surfing and are really proud to be a part of this competition.   With our team riders Ben Skinner and Adam Griffiths competing it seemed entirely appropriate for us to get involved.”
Other sponsors of the event include the Extreme Academy, Newquay Surfing School, Rocky Point, Relentless Energy Drinks, Perranporth Signs & Graphics, Retallack Resort and Spa and 100% Organics.     More information about the competition can be found at: etltour.blogspot.co.uk