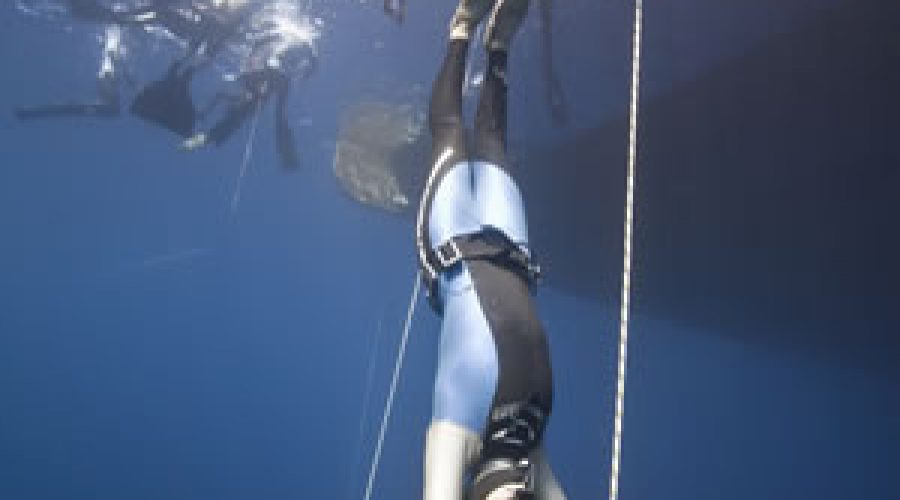 Cornish freediver Hannah Stacey is one of the subjects of a new exhibition at the National Maritime Museum Cornwall in the New Year.

The British women’s freediving record holder will be featured as part of an exhibit on the growing sport, which originated from the amazing pearl and sponge divers of Korea and Japan.

The new exhibition called Under the Sea will explore man’s voyage into the deep at the museum from 28 January 2008.

Diving deep into a world of shipwrecks, free diving, submarines, sport and commercial diving, physiology, underwater warfare and photography, this new exhibition promises you an experience under the water without getting wet.

One of the major exhibits is a replica of the very first submarine. Made of wood and designed in 1620 by Cornelius Drebble, this four oared, underwater rowing machine has to be seen to be believed.

Diving with breathing apparatus will also be on display alongside rare and unseen artefacts from some of the thousands of wrecks around the Cornish coast.

Under the Sea will also explore the plans for using the sea’s natural abilities to solve today’s energy crisis with a look at the Wave Hub to be built offshore from Cornwall.

Ben Lumby, Exhibitions Manager at the Maritime Museum, said: “Under the sea is like outer-space – we have had to go to extraordinary lengths to train our bodies and invent all types of equipment just to explore it.”