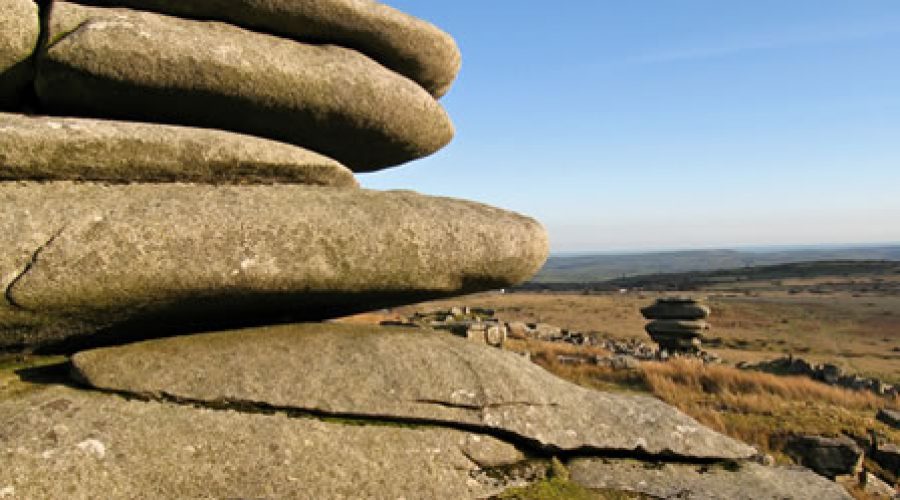 A trek on Bodmin Moor can provide a welcome break from summer crowds on the Cornish coast. Our Trailfinder series continues with a half-day hike amid some of Cornwall’s highest ‘peaks’.

With dramatic cliffs, sandy coves and tranquil river inlets, it’s hardly surprising that most people stick to the coast for their hiking adventures. But sooner or later keen walkers gravitate towards the expanse of Bodmin Moor at the heart of Cornwall. A good introduction is the Cheesewring Loop – a wild and rugged route that takes you through a landscape of gorse covered moors, strange rocky outcrops and remnants of Cornwall’s pre-historic and industrial past.

The starting point is Minions, which at 995ft is the highest village in Cornwall. You can walk this loop in either direction, but I took the footpath heading south around the base of Caradon Hill. This valley is strewn with old mine shafts and engine houses from the tin mining days. Choose from a criss-cross of old tracks and tramways around the foot of the hill or take the sheep paths onto the summit. There are great panoramic views as far as Dartmoor to the east and the sea to the south, and if you’re lucky you’ll be joined by some of the famous wild moor ponies.

For a pitstop, descend into Upton Cross for food and drink at the Caradon Inn. Then pick up the footpath again by walking along the road to Minions and turning right on a farm track towards Henwood. Although this part of the walk is an easy stroll past rolling patchwork fields, the rugged peak of Sharptor looms ahead. There are no distinct footpaths to the top of the Tor, so you’ll have to pick your own way from Henwood.

The reward is a breathtaking, bird’s eye view of the Moor from the 378-metre peak. On a clear day you can see coast to coast and as far away as the clay pits around St Austell. The surrounding agricultural landscape is punctuated with moorland peaks, such as Kilmar Tor and, in the distance, Brown Willy – the highest point in Cornwall.

After descending Sharptor it’s another lung-busting hack through ferns and scrub, following sheep trails to the summit of the Cheesewring. But it’s well worth the effort because you’ll be greeted by more spectacular views, as well as the strange rock formations that give the hill its name. These layered, rounded stacks have been sculpted by eons of strong winds and driving rain and look like sleeping giants standing guard over the Moor.

Just below the peak you’ll see a granite quarry, which is a popular training ground for Cornish climbers. But the icing on the cake at the end of the walk is a set of standing stones called the Hurlers. Erected over 3,500 years ago, it has been suggested that the stones formed a giant sun clock or pagan temple but local legend says that men were turned to stone for playing hurling on a Sunday, hence their name.

From here it’s a gentle amble back to Minions, where you can reward yourself with a cream tea, a home-cooked meal or a refreshing pint at the Hurlers Halt or the Cheesewring Restaurant. This is a time to rest your weary legs and reflect on this introduction to the classic scenery of Bodmin Moor.

Information:
This Trailfinder is intended to give a general flavour of the walk and is not a technical description of the route. We suggest you buy a good map and explore for yourself. Ordnance Survey map Explorer 109 for Bodmin Moor is available in local shops. Good walking boots are recommended for this hike as the terrain is rocky and can be boggy in places. 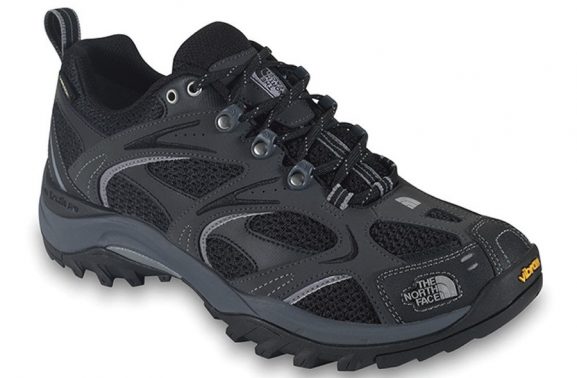 As summer blends into autumn, I naturally start thinking about long rugged walks along the coast, strolls through the woods 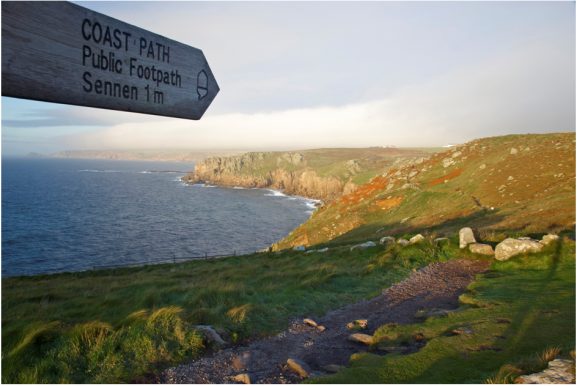