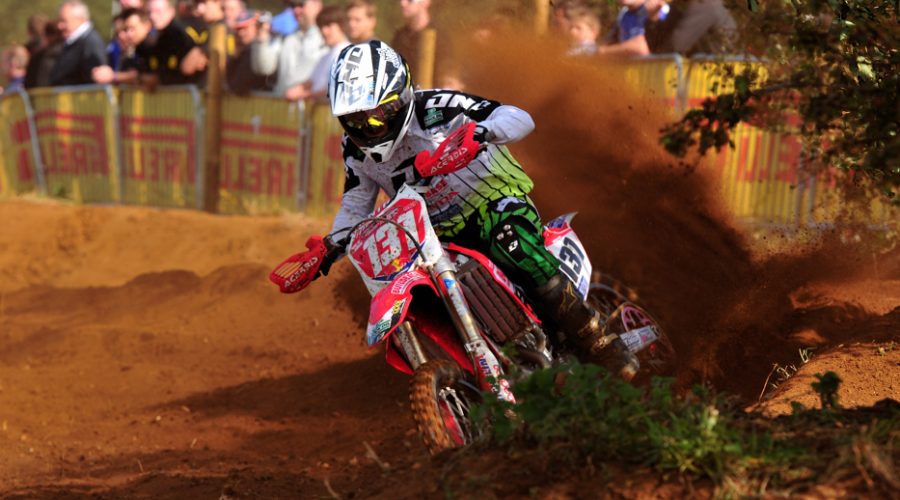 You can see motocross stars from the South West compete with the UK’s finest riders at the Red Bull Pro Nationals, one of Europes most hotly anticipated motocross series, taking place at Landrake Moto Parc near Saltash.

April 20th-21st will see world class racing return to the stunning Landrake Moto Parc when the opening round of the Red Bull series kicks off .

This year two of the South West’s hottest teenage talents will be hoping to make their presence felt as they undertake the biggest challenges of their careers so far.

One of last season’s fastest youth racers, 16-year-old Tommy Alba from Taunton makes the move to the adult Pro ranks in 2013. Competing against an international field Tommy knows he’s got his work cut out – but is relishing the challenge.

“It is going to be really hard for me in the Pros,” says Tommy. “But to be honest I’m really not worried, they’re in a different league of riding to me and I’m not going to be intimidated either as I’m not that sort of rider. And it’s great to get the season under way at Landrake – I have a lot of friends that will come to watch me there also so it makes it a really good atmosphere.”

Last year’s top 85cc rider, 15-year-old Josh Gilbert hails from St Dennis in Cornwall and is hoping for all the benefits of home advantage as he makes his championship debut on a full adult-sized 250cc machine. Each round will see the top pro adult and youth riders fight it out in a packed 27-race programme over the weekend across several different classes.

Spectators at the extreme sports event in Cornwall can expect lots of dramatic action, plus entertainment and festival atmosphere at this major motocross event.

For more details and to book tickets go to www.redbullpronationals.com