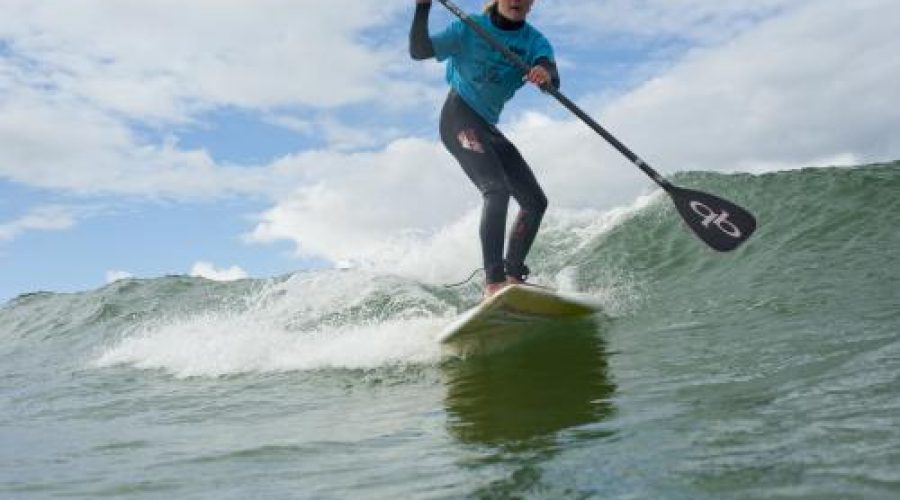 Legends of the Bay Showdown at Watergate

Some of Britain’s top stand-up paddle (SUP) and kite surfers will compete in the dual-format event, held at the north Cornwall beach over the weekend of 27 and 28 April 2013.

Competitors can enter either individual competitions in their favoured sport – a wave jam kitesurf event, or a SUP surf competition – or they can challenge for the coveted title of ‘Legend of the Bay’, which will be awarded to the competitor with the highest combined score from both disciplines.

Josh Coombes, a Flexifoil sponsored kitesurfer, is entering the debut event. Local to Watergate Bay, Josh is an Extreme Academy team rider and instructor. He said: “I’m really looking forward to it. I’m definitely stronger under a kite than I am on a SUP board but once you’re on the waves it’s very similar to surfing, which I’ve been doing for as long as I can remember.

“Watergate Bay is probably the best spot in Cornwall to kitesurf and we get world class waves at times. It’s a very open beach which picks up a lot of swell and it works on most wind directions. Hopefully the conditions will be ideal and with a bit of luck I can pick up as many points as possible.”

Stand up paddle (SUP) surfing has been described as a cross between canoeing and surfing. Riders stand up on an oversized surfboard and use a single bladed paddle to steer, turn and propel themselves through the waves.

The kitesurf element of the event will focus on wave-riding skills, with competitors aiming to pull off surfing-inspired manoeuvres propelled by powerful kites.

BKSA Chairman Richard Gowers said: “We know that many people who spend their leisure time in the water do a number of different sports, sometimes on the same day. Many people kite and SUP, so we thought why not create a competition that will once and for all decide who is best at both? It’s going to be the making of legends!”

The event has been designed so that the format of the competition can be adapted to all weather conditions. At least one of the sports will go ahead in the case of no waves or wind.