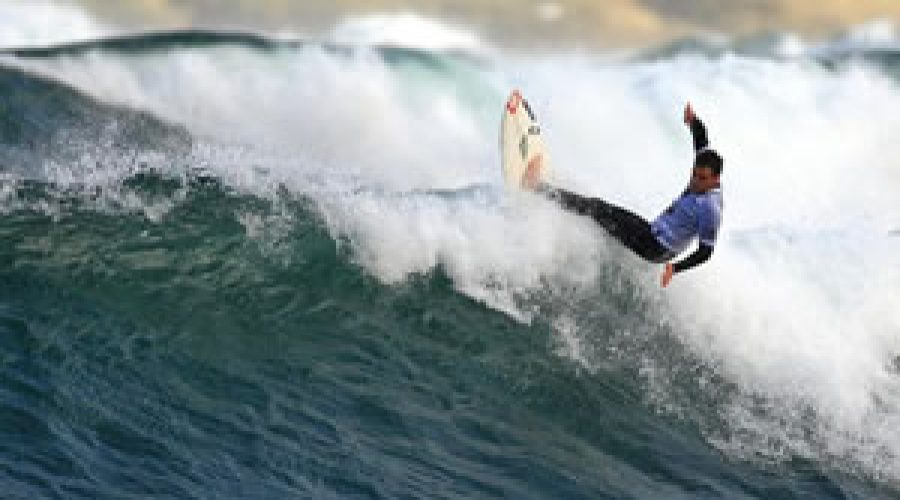 Newquay surfers made a clean sweep with the top four paces at the Fraserburgh UK Professional Surfing Festival in Scotland at the end of September.

Epic surf conditions created by the aftermath of Hurricane Igor generated two days of huge surf that saw the competitors compete in over head high surf on both days.

Despite top level competition from all over the UK, it was an all Newquay final eventually won by Britain’s undisputed ‘King of the Surf’ Russell Winter.

He narrowly defeated Oli Adams into second position, with Johnny Friar (originally from the Isle of Wight) in third and Tom Butler in fourth.

The event was well attended as spectators turned out to witness the Scottish surf event held in big waves and sunshine. In addition to the surf competition many young school children took advantage of the onsite Skate and BMX park to learn the basic skills of the sport and watch the professional demonstrations.

In the GROUNDSWELL Pro Junior Open held over the same weekend at Fraserburgh, it was Woolacoombe’s Stuart Campbell who took the title, ahead of Luis Eyre from Portugal in second, and Harry Timson Josh Piper – both from Newquay – in third and fourth.

Of the event, winner Russ Winter said: “Great waves, good contest. I look forward to coming back in the future. I’d also like to thank the council for their support of surfing.”

Pro Junior winner Stuart Campbell added: “It was great to win a contest in good surf conditions. Thanks to everyone who organized and supported this event.”

Russ Winter also won the Relentless Money Move £250 and is now the UK Pro Surf Tour leader. The next tour event is the North East Open at Longsands Beach Tynemouth on the weekend of 23rd and 24th October.