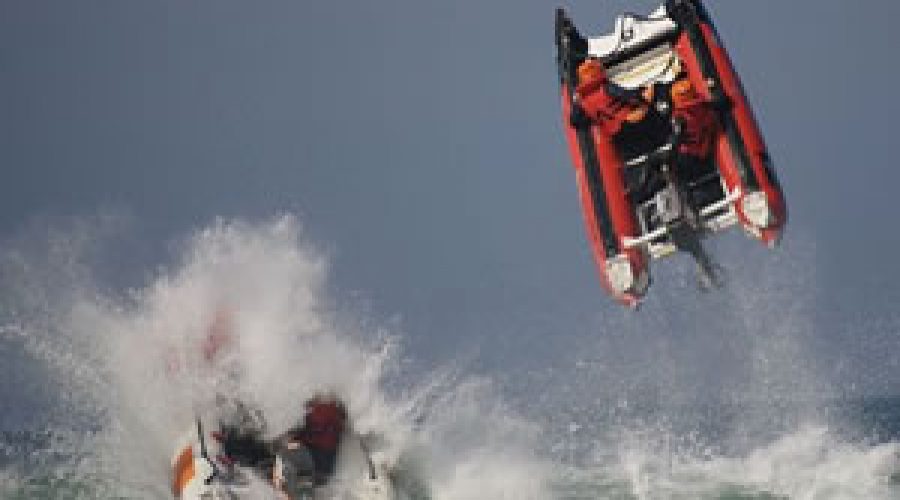 Newquay’s Fistral Beach provided an epic setting for the final round of Zapcat Racing’s Grand Prix.

Teams from around the country battled it out in big waves at the famous surfing beach. Organisers estimated more than 2,000 spectators turned out to watch the small, manoeuvrable catamarans zip around the course at high speed, close to shore.

The waves proved challenging for many teams, with 14 zapcats capsizing in the swirling waters during the racing.
Click here for more

The winners of this year’s Xapcat Racing Grand Prix winners were father and son duo Greg and Keiron Richardson from Team Suffolk. However, the King of the Surf title went to Craig Davis and Rob Martin from Bluesheets I.

Event spokesman Mike Sandford said: “Big surf is a great leveller as even the most skilful pilots and co-pilots can come unstuck, it requires the utmost concentration, timing, nerve and a little bit of luck to avoid a stopper wave that can hand the advantage back to their opponents.

“We only had one minor injury, and there was great competition. The crowd appeared to be lapping it up. Everybody loves bringing the Zapcat Racing series to Cornwall, and we are hoping to make next year’s racing better.”

Fistral was a fitting location for the end of the series, having hosted the first round of the current series back in April.