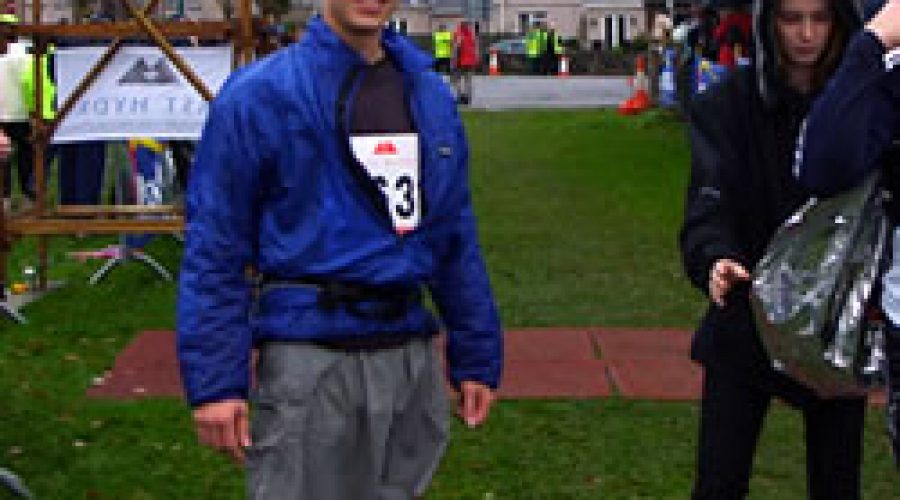 This winter Falmouth student Martin Holland is attempting to run Britain’s six hardest marathons in six months to raise money for the wildlife charity WWF. He had never run a marathon before, but on Saturday 27th October he completed the first of the six: the Snowdonia Marathon, Britain’s hardest road race. This is his story.

On the morning of the race I hovered around the starting line, numbed to the occasion by my over-zealous ‘carbo-loading’, and a naivety of what was to come. I’d injured my knee on a training run weeks before and had stopped running through fear of antagonising it, and here I was about to pound it against 26 miles of unrelenting tarmac around Wales’ highest peak – the Snowdonia Marathon: Britain’s toughest road race. This is his story.

My lack of training also left me clueless as to how hard it actually is to run 26 miles. It’s a long way to walk, but by running you burn more energy than your body can store in glucose form, meaning you start to burn your fat stores – something your brain will try anything to convince you not to do. This is what’s known as the wall.

I’m not sure I hit the wall. Not that one anyway. I ran the first 13 miles in relative comfort, making good time and enjoying the stunning scenery and cheering crowds, until at the bottom of a joint-jarring 8 mile descent I decided to add a second strap to my knee. I stopped for no more than 30 seconds to do this, but when I set off to start running again I was brought to a standstill by somebody smashing a sledgehammer against my knee – or so it felt. In the short time that I had stopped, my body had immobilized my knee to prevent any more madness on the part of its owner doing more damage to it!

This was my wall. The rest of the race, around 4 more hours, was a teeth-gritting, fist-clenching, wince-inducing hobble-cum-lurch to the finish. I was buoyed along from time to time by fellow runners and brave supporters, but there were times when I was half way up a mountain stumbling through a cloud of rain and wind with not a body in sight. This isolation, combined with the 3 mile hills and unpredictable weather is what makes this a marathon of marathons.

After a thousand lifetimes I finally began tumbling down the hill that leads back to civilisation and to the finish, where adrenaline began surging through my body again. I managed to pick myself up into a half-decent run, and by the time I saw the finish line I found myself sprinting under the banner to cheers of “Well Run!” My time was 5hrs 38mins 39secs. Dreadfully slow, but this was a race against myself, my knee, and my lack of preparation. In that respect I’m incredibly proud, and perversely, I almost can’t wait for the pain to begin again!

Martin will run his next marathon for the WWF on Saturday 24 November, in Pembroke, Wales. He is hoping to raise £10 for every mile: £1560