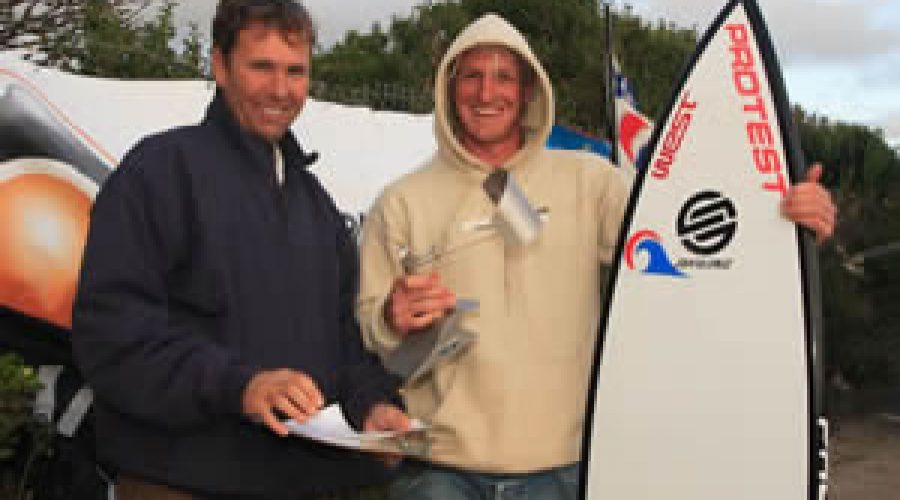 Watergate kitesurfer Will Bennet proved unstoppable as he surfed his way to victory in the British Kite Surf Association’s Wavemaster Championships at Porthcawl in South Wales.

Now in its 3rd year, the event sees some of the country’s finest kitesurfers compete against each other in the waves.

Although Bennet is considered to be one of the country’s finest talents in this discipline, thanks a lifetime of surf experience, the title had so far eluded him. This year’s Wavemasters, hosted by Rush Extreme in conjunction with the BKSA, was held at Conney Beach in great wind and swell. Riders from across the country turned out in force to compete in four classes – Men’s, Ladies, Senior’s (over 35) and Junior’s.

The standard of wave kiting was very high as riders made the most of the 35 knot winds and 6ft waves. Riders were judged on their two best waves of each heat in a straight knockout competition.

Bennet stormed into the final with a fantastic display of ‘strapless riding’ to take the Pro Men’s Wavemaster title, ahead of last years champion Nigel Howell. Denzil Williams, also from Cornwall, finished in third place.

In the Senior’s, Trevor Hayle from Wiltshire came first, with John Harris from Somerset second and Richard Gowers third.