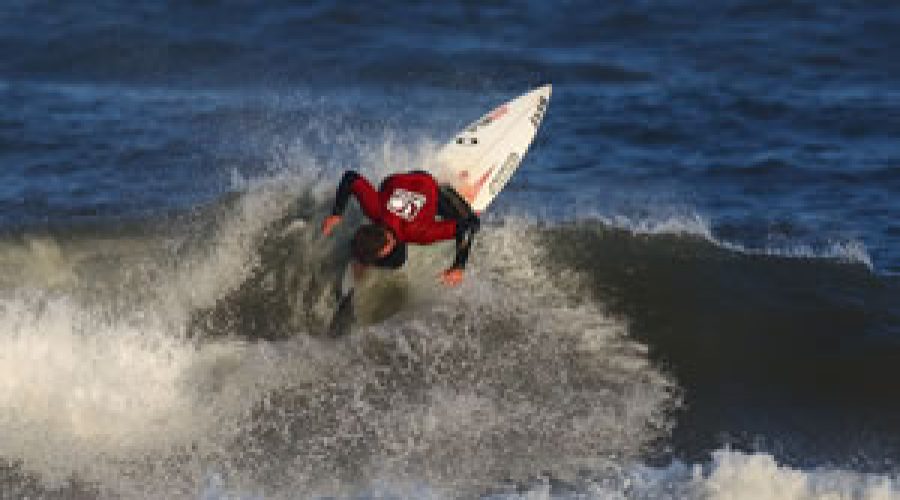 Russell commented “It has been a fantastic event, I have enjoyed coming to Tynemouth and competing in good waves. I would like to thank Tynemouth Council for supporting this event and look forward to coming back next year”.

Finishing second was one of the future stars of British surfing Toby Donachie from St Merryn. His performance in the final showed how much he has improved over the last twelve months. Toby said “I am stoked to be hear and have enjoyed the experience of competing in the North East.

The Relentless Money Move for the biggest Air went to Joss Ash of Bude for an Air Reverse he preformed in his quarter final heat. Winning the King of Watersports . com King of the Wave went to Mark Harris for the highest scoring wave of the contest.

The event was part of an extreme sports festival Xperience 09. Thousands of extreme sport enthusiasts and spectators from across Europe gathered at this year’s Festival, in North Tyneside.

The festival, which is in its second year, included a weekend of extreme sports action at the coast. Building on the success of the UK Pro Surf Tour surfing championships held in recent years, Xperience’09 was bigger and better than any other year. In addition to surfing on Longsands beach, Beaconsfield in Tynemouth played host to snowboarding, BMX, skateboarding and much more.

There were opportunities for spectators to join in on the action and participate in certain elements of the festival, learning from the very best in the business. With over 20 years of experience, Team Extreme know everything there is to know about extreme sports and did not disappoint with their risky but exciting performances.

A massive Big Top also featured a half pipe and skatepark. Some of the best UK snowboarders and skiers demonstrated their skills as they caught some serious air on the specially built ramps.

The tour now moves on next weekend to Porthcawl Wales for the AXL / DOH Pro. All photography by Jason Feast.

For further information on the UK Pro Surf Tour visit the website: www.ukprosurf.com