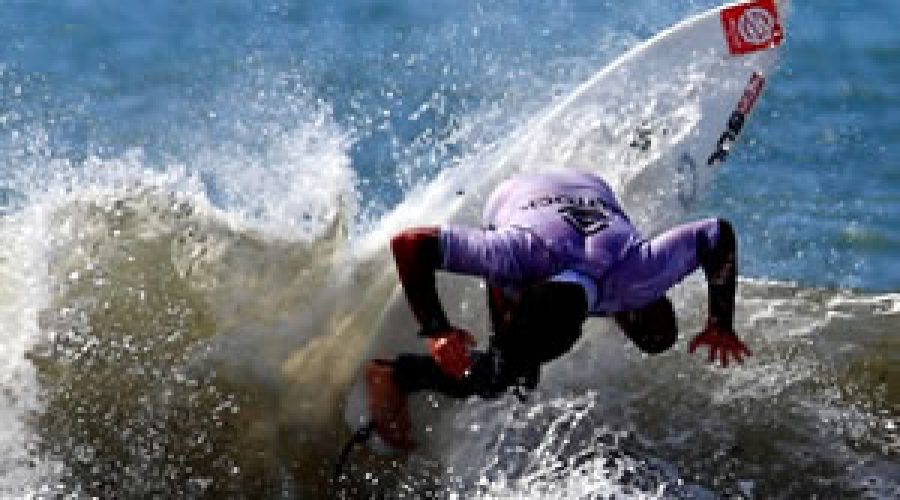 Russell Winter is the new Saltrock Open Champion.  The final took place over the weekend of the 30th May in clean, 3 ft sets in a sun soaked Croyde and brought to an end a hard fought and very well supported competition.

Russell, who is originally from London but now calls Newquay home has been the English, British and European surfing champion and is generally regarded as Britain’s most successful surfer.  He is a regular on the UKPST and was the first European surfer to qualify for the WCT tour where he famously once beat Kelly Slater in a heat at Sunset Beach in Hawaii.

Russell surfed hard and put in some excellent wave scores throughout the heats to arrive in a final fully charged and ready to take on fellow finalists Sam Lamiroy, Angelo Bonomelli and Reubin Pearce.  All four finalists had had a great contest and surfed well in the steadily improving conditions, but Russell was generally considered to be the stand out surfer of the competition. Yesterday a strong women’s event was brought to a close when Sarah Beardmore was crowned Women’s Champion for the 2nd year in a row, beating birthday girl Gwen Spurlock into 2nd place.  There were strong performances too from 3rd and 4th placed finalists Beth Mason and Celine Gehret, and Raine Jackson won the King of Watersports Highest Scoring Wave for women with a fantastic score of 8.5 and received a £200 skateboard.

St Ives had a great day in the junior divisions.  St Ives surfer Tassy Swallow took the U16 Girls title, beating last year’s winner Laura Crane into 2nd place, and Harry de Roth, the UKPSA 2009 U12 Champion and also from St Ives took 1st place in the U12 division.

And last but not least, Luke Dillon from Newquay triumphed in a hotly contested U16 Boys final, beating Miles Lee Hargreaves, Joss Brooks and Liam Turner into 2nd, 3rd and 4th place.

The 2010 Saltrock Open was a great event and everyone involved is already looking forward to next year’s competition.  Sponsors Saltrock would like to say a big thank you to everyone involved, and congratulations to all the winners.

And if you haven’t made it to Croyde this weekend check out the UKPSA website for the highlights courtesy of Saltbox.tv.