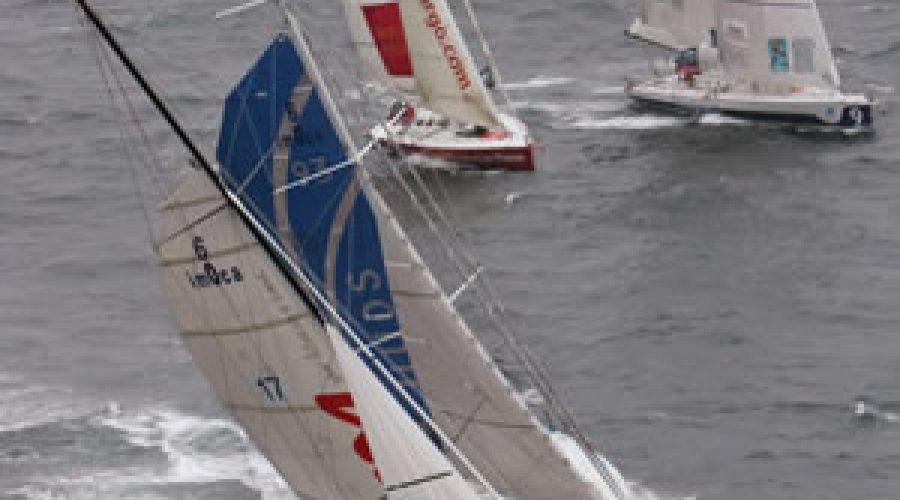 The first of many competitors have officially signed up to take part in the famous Artemis Transat – the world’s oldest solo yacht race which departs from Sutton Harbour, Plymouth in May.

The event will see some of the world’s best yachtsmen race single-handedly 2,800 miles across the notoriously treacherous North Atlantic from Plymouth to Boston (USA). The first entries have already thrown down the gauntlet to their opponents and confirmed their intentions to race.

Initial entries include Mike Golding – the winner of the last Transat race held in 2004 – who will be looking to defend his title against some tough competition.

He will be joined by Dee Caffari, the first British female to sign up for the race, and Louis Duc, the youngest entry so far at the age of 24. Skippers’ Brian Thompson, Jonny Malbon, Jéremie Beyou, Sébastien Josse and Giovanni Soldini have also committed.

There will be two classes of entry, one for 60-foot vessels (IMOCA Open 60) and one for 40 foot vessels (Class 40). Organisers are expecting at least 20 yachts in each class to take part in the race, being held for a historic 13th time.

Nigel Godefroy, Managing Director of Sutton Harbour Group, said: “The announcement of the first entries is a very exciting milestone.  With just four months to go, the preparations for the race start and the Race Village in Sutton Harbour are really gathering pace.

“We are working with our partners to ensure that the logistics of the race and the Race Village all fall into place so that everyone, competitors and visitors can experience the true splendour of this iconic event.”

Richard Thomas from the South West RDA said: “The first entries show an excellent response from the international sailing community and highlight the quality of the race.  We now look forward to using the race to showcase Plymouth’s rich maritime history and put the spotlight on South West England as a marine centre of excellence.”

Conrad Humphreys, Managing Director of Event South West and a competitor in the 2004 race, said: “I’ve no doubt that The Artemis Transat at Sutton Harbour, Plymouth will live up to its fierce reputation and challenge every competitor who makes it across the start line. It’s great to see some new names taking part in the UK’s most legendary transatlantic race.”

From early May, the Barbican and Sutton Harbour will become home to a spectacular Race Village which will be open to the public, completely free of charge throughout the build up to the start of the race.

The Race Village will provide a base for competitors and their teams during the lead up to the race, as well as creating a vibrant festival city within a city, offering a diverse programme of entertainment, food and drink specialities, art, craft and chandlery stalls and an exciting education programme.