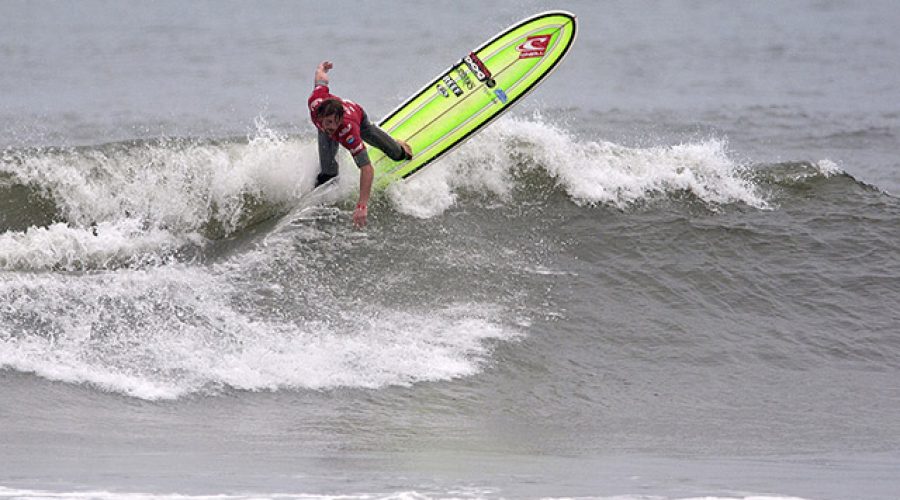 Ben Skinner is putting in the performance of a lifetime with a dominant progression through the heats of the World Longboard Championships in Huanchaco, Peru.

The Cornwall based surfing legend is now through to round 4 of the men’s open contest, featuring the very best longboarders on the planet. And he’s doing it in style by delivering one the highest scoring heats of the competition so far, and defeating two former world champions en-route to to round 4.

It’s obvious Skindog is on a real high out in Peru. He made this comment on the ISA World Longboarding website:

“This is such an incredible wave,” said an elated Skinner, who arrived in Huanchaco having won the European Surfing Championship’s Longboard Division just two days before. “Coming from Great Britain, we don’t have these long left points or even right hand points. It’s an amazing experience to be here at the first ISA World Longboard Championship, representing Great Britain, and to have a heat like that, and beat a 2-time world champion was just one of the biggest achievements of my life so far.”

To read the full report from day 3 of the ISA World Longboard Championships and follow Ben Skinner’s campaign visit isawlc.com

Watch the highlights from Day 3: