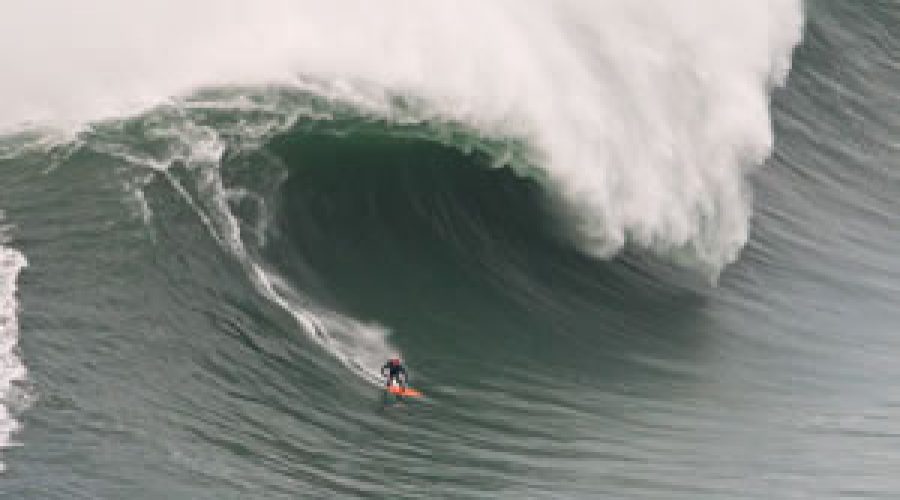 The XXL nomination follows their record-breaking session at Mullaghmore Head, in Donegal Bay, on 1 December 2007, where the pair rode waves between 55 to 60 feet high, the biggest waves ever recorded by Ireland’s Marine Institute and the Met Eireann meteorological office.

Their initial nomination has been backed up by their recent performances in riding some of the biggest waves documented at ‘Aileens,’ a big-wave spot found beneath the imposing, 700-feet high Cliffs of Moher, in County Clare, Ireland.

The annual XXL Big Wave Awards, sponsored by international surfwear company Billabong, recognises the biggest waves successfully ridden anywhere on the planet over the course of a 12-month period, concluding on 19 March 2008.

Karen Walton, National Director of the British Surfing Association, said: “We are extremely proud of the inclusion of Duncan Scott and Alistair Mennie into the XXL International Big Wave Awards. It’s a worthy recognition of the efforts and commitment they’ve invested into big-wave surfing in the UK and Irish waters, and shows the calibre of waves and surfers our coastline can produce.”

This is the first time a UK or Irish surfer has gained entry into the premiere ‘Ride of the Year’ category, in which the winner takes home a $50,000 paycheque. This category rewards the technical ability and critical approach of the surfer, as well the size of the wave ridden.

They are also in contention for the $15 000 prize for ‘Biggest Wave’ category, where a panel of surf industry experts gauge the sheer vertical height of the biggest waves ridden.

Alistair Mennie, who rode a 55- 60 foot wave, the biggest ever recorded in the British Isles at Mullaghmore, is hoping that a little Irish luck may continue to prevail when they fly out to Anaheim, California for the awards ceremony at the event’s conclusion.

Bill Sharp, director of the Billabong XXL Awards, commented: “The Northern hemisphere winter of 2007/2008 has been extremely active in terms of major storms, and hence giant surf.

“Many mainstay big-wave spots like Waimea Bay, Jaws and Mavericks have had their best seasons in years. Despite this, the Ireland session is still holding ground against the biggest waves across the planet, and illustrates the global expansion and exploration of big-wave riding.”

Newquay based Duncan Scott is thrilled with the nomination. “It’s just a huge honour for us, to earn a slot amongst the elite big-wave riders from around the world. These are the guys we’ve always looked up to since learning to surf,” enthused Scott.

He continued: “Al and I are committed as a team, and we’ve worked and trained hard together to reach this level. It’s a full-time job for both of us. You’re only as good as your partner allows you to be, and we both want to keep pushing our personal boundaries, ride huge waves and have fun in the process.”

After California, the pair will travel to the Canary Islands in March and on to the shark-infested break of Dungeons, in South Africa, in May to chase further swells.

This winter has seen an unprecedented run of large waves battering the west coasts of Cornwall, Wales and Ireland, which many scientists and meteorologists attribute to more volatile weather patterns and increased frequency of storms, due to the effects of global warming.

Whatever the cause, the rest of the surfing world is opening its eyes to the fact that spots like Aileens, Mullaghmore and, under very specific conditions, Newquay’s Cribbar, have the potential to match the size and intensity of any other surfing region in the world.

Al Mennie commented: “We have long known of the big-wave potential of the north and westerly-facing coastlines of the UK and Ireland. Now with a concerted focus on finding and riding these waves, backed up by jetski technology and our own surfing experience and training, we’re riding waves that we could only have dreamt about in the past.”