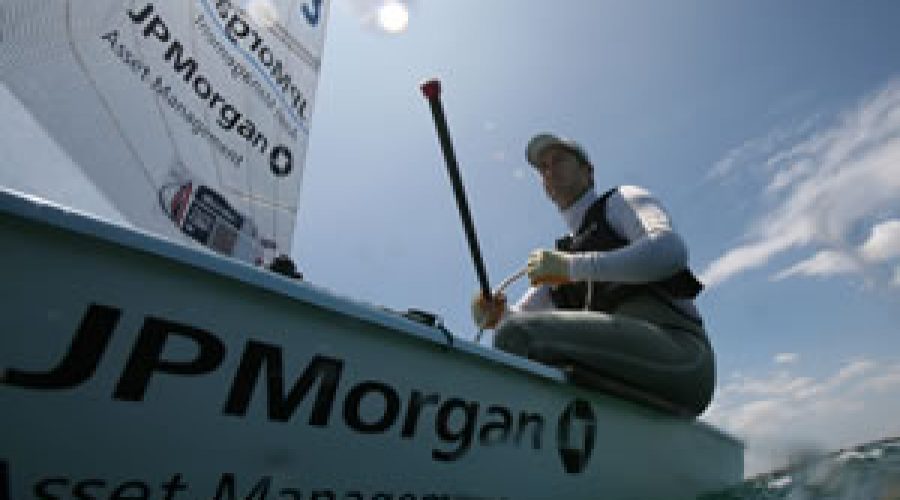 Ainslie on Top of the World Britain’s top Olympic sailor Ben Ainslie, one of the most decorated British athletes heading for the Olympic Games in China this summer, has won the World title in the Finn dinghy for the fifth time.

It’s quite an accomplishment for the 30-year-old sailor who grew up in Cornwall. Never in the 58-year history of the Olympic Finn class, has a competitor won five world titles.

Since moving to the physically demanding Finn dinghy in 2002, Ben Ainslie has dominated the class and has never been defeated at a World Championship or an Olympic Games since.

This confirms Ainslie, who learnt to sail in Cornwall, as one of the top Gold medal favorites for Beijing this summer.

In addition to his Olympic career Ben Ainslie is also the skipper of Team Origin, the British America’s Cup Challenge, who are out to win the oldest trophy in sport for Great Britain for the first time ever.