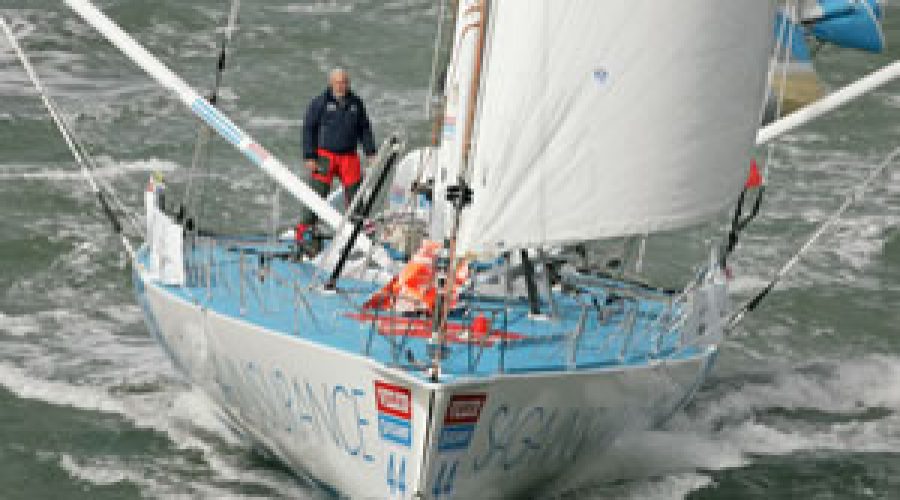 South West sailor Robin Knox-Johnston was announced Raymarine/YJA Yachtsman of the year at the London Boat Show in January.

Last year Sir Robin, who has close links with Devon and Cornwall, completed the Velux 5 Oceans Race at the tender age of 68, almost 40 years after his original (the first non-stop) solo navigation of the world.

This initial historic attempt in 1969 made Sir Robin a household name, when he took just 312 days to sail solo non-stop around the world. His comeback in last year’s Velux 5 Oceans was to show that age is not a barrier to getting out and doing things in life.

Never one to take it easy Sir Robin chose the Velux 5 Oceans which is one of the toughest sporting challenges in the world. It pushes the resilience, endurance and determination of the Skippers for more than 150 days in demanding and sometimes extreme conditions.

Upon finishing the race Sir Robin said he would not have missed it but vowed never to attempt another solo circumnavigation of the world.

Other finalists were disabled sailor Geoff Holt, who achieved his “Personal Everest” in 2007 by sailing around the UK single handed. Mike Golding won the Raymarine/YJA Special Award for risking his own life to rescue a fellow competitor in the Velux 5 Oceans race, thus ruining his own chances of winning the race.