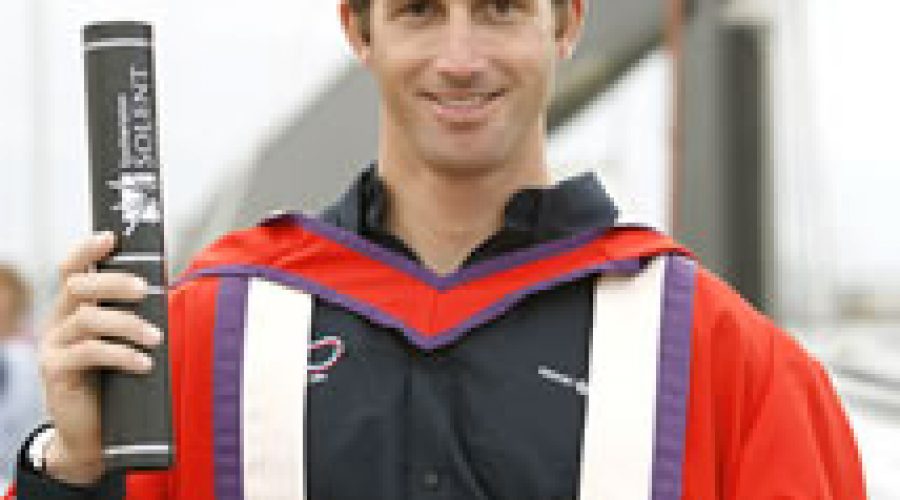 Ben Ainslie was awarded an Honorary Degree from Southampton Solent University at the Southampton Boat Show in September.

Double Olympic gold medallist Ben Ainslie MBE OBE, who is from Cornwall, received the honorary Doctorate on the opening day of the annual Southampton Boat Show, in a twist on the traditional university graduation ceremony.

The award was made on the same day as the news that Ben will skipper Britain's America's Cup challenge in 2009.

Now a “Doctor of Sport”, Ben Ainslie has been given the honorary degree in recognition of his international achievements in the world of sailing.

A world champion on seven occasions, he has three Olympic medals (two gold, one silver) and recently sailed with one the top America’s Cup teams. He is currently preparing for the defence of his Olympic title in Beijing 2008.

Professor Van Gore, Vice-Chancellor of Southampton Solent University,
said: “Ben Ainslie is one of Britain’s most successful sailors as well as one of our finest Olympians. His contribution to the world of sailing is an inspiration to young people across the world.

Ben Ainslie is now entitled to use the title “Hon Dr” or “Hon DSport” after his name.