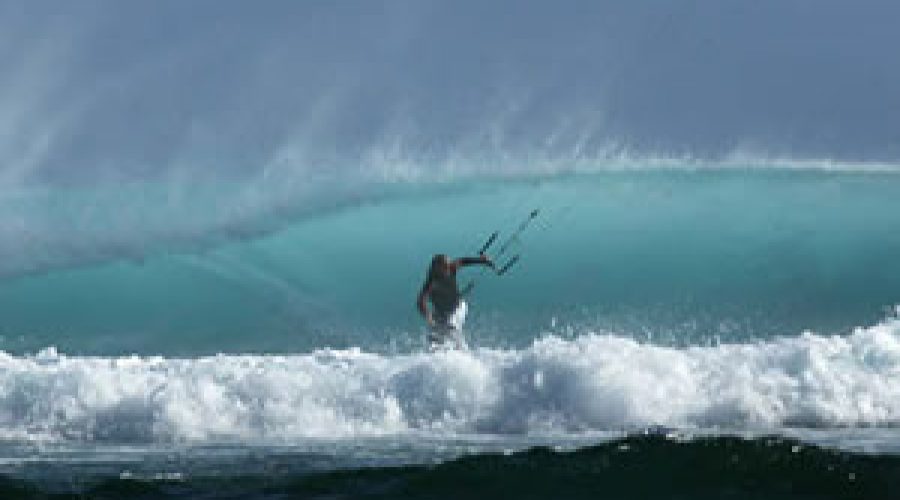 Cornish Kitesurfer Takes on the World Cornish kitesurfer Will Bennett is making waves in the world of competitive kitesurfing and is currently taking on the best riders on the planet at a contest in Cambuco, Brazil.

Watergate Bay local Will Bennett recently flew out to the far north of the tropical country to compete in the Wavemasters event at the Superkite Brasil contest, which is part of the Kiteboard Pro World Tour.

Bennett will be hoping to repeat his amazing debut on the World Tour in Portugal last month, where he knocked out two of the world’s best wave kiters in his heat and finished equal first.

Although the contest was unable to finish due to lack of wind, Bennett impressed the judges with his trademark strapless style.

“Everyone else was riding with straps so I think I stood out a bit,” said Bennett. “It was amazing to do so well as it has given me the confidence to go out and compete more on the world tour. I realised I have just as good a chance as everyone else.”

The Cornish rider will be hoping to get another good result under his belt in Brazil, so that he can establish himself as a World Tour contender.

* Will Bennett is a professional kitesurf instructor and offers lessons in progressive kitesurfing through his school Atlantic Riders .