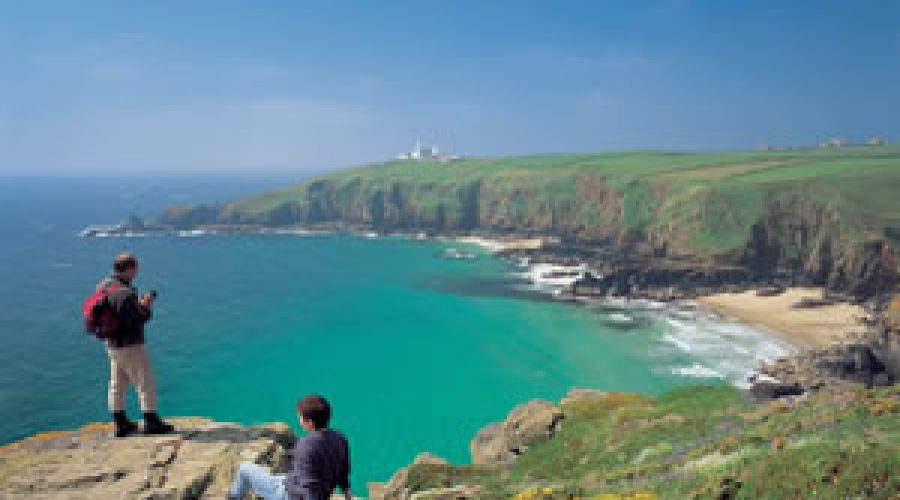 The South West Coast Path is one of three British walking trails to be featured in the newly-published book, Unforgettable Walks to take before you die.

People living in Devon have always known the South West Coast Path National Trail is world-class. Now the secret is out – Britain’s longest and best footpath has been included in a new selection of the top walks in the world.

Travel writers and photographers Clare Jones and Steve Watkins have picked just 30 classic walking routes for their new book, Unforgettable Walks to take before you die.

They spent nine months travelling to 24 countries on five continents to find the world’s most inspiring, spectacular and beautiful trails. Their book ranks the Coast Path alongside experiences such as climbing Mount Kilimanjaro, a walk in Yellowstone National Park and hiking the Inca Trail in Peru.

When asked why they had included the Coast Path, Steve enthused: “Throughout a whole year of walking around the world, I was hard pressed to find anywhere that matched the natural drama and stunningly beautiful light along the South West Coast Path.

“You can’t beat it for the sheer diversity of landscapes and the chance to experience some truly wild and beautiful coastal scenery. And you can do anything from a half-day walk to all 630 miles.”

Janette Ward, Regional Director of Natural England – the government body responsible for National Trails – isn’t at all surprised at the trail’s inclusion.

She said: “The South West Coast Path is a fabulous asset for those of us lucky enough to live in the South West as well as for visitors. Where else can you walk along 630 miles of such superb coastline? The heritage, wildlife, geology and scenery along the way are truly inspirational!”

The high quality of all these aspects of the South West Coast Path corridor is reflected in the array of official designations it has collected over the years.  As it threads its way around the coastline, the Coast Path passes through five Areas of Outstanding Natural Beauty, seventeen Heritage Coasts, a National Park, two World Heritage Sites, a UNESCO Geopark and Britain’s first UNESCO Biosphere reserve.

This latest accolade will encourage many more to join the thousands of people who enjoy a walk on the Coast Path. Whether they potter on the prom, stroll out on to the cliffs from a seaside village or take on the ultimate challenge of the entire Coast Path, they’ll all have memories that are “unforgettable”.