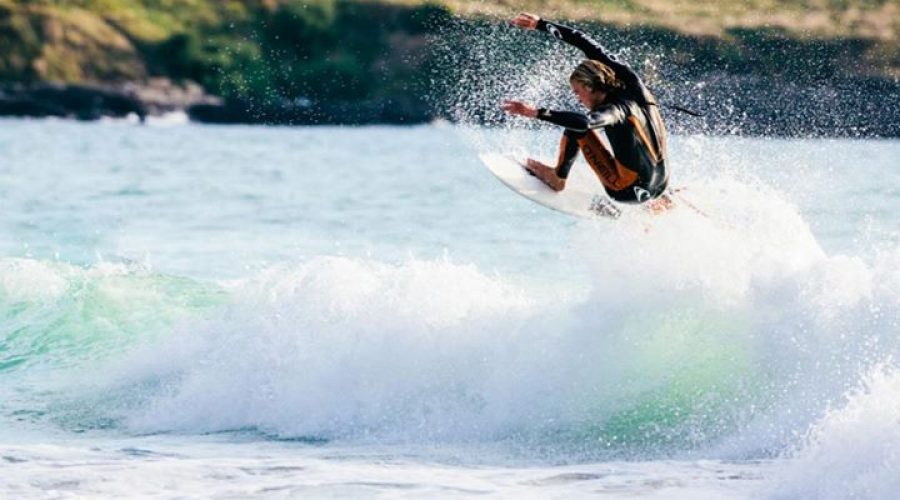 Some of the world’s best surfers will take on Cornwall’s finest wave riders during the Boardmasters festival at Newquay’s Fistral Beach from 06-10 August.

The surf, skate and music festival returns to Newquay with an action packed schedule which will welcome world-class athletes from all around the globe to compete in five days of thrilling competition.

Boardmasters 2011 Men’s Open Champion, Romain Cloitreis is coming back to Fistral Beach, hoping to win back the coveted title. The Frenchman is one of the world’s finest surfers, but he will have to see off stiff competition from Aussie’s Noah Lane and Jock Barnes plus the finest in British pro talent.

Local surfer Russell Winter  will try to repeat his winning performance from 2002 when as Britain’s most successful surfer he was crowned Boardmasters trophy. Twice UK Pro Surf Tour Champion Alan Stokes will also be hoping to make his mark in the competition this year.

Portugal’s Keshia Eyre will be back defending her title in the SunGod Women’s Open. UK’s top female pro Sarah Beardmore  and current English Champion Emily Currie will be doing their best to scupper her plans as they take to the waves in the UK’s biggest surf festival.

Also worth watching will be the Davidoff Cool Water Men’s Longboard Pro where local surfer and number two ASP world ranked longboarder Ben Skinner will be looking to take the title for the second year in a row. He will have his work cut out though against other Cornwall based longboarders including Adam Griffiths and past European Longboard Champion Sam Bleakley.

In the junior competitions local surfers Luke Dillion and Harry De Roth will be looking to raise their profiles with strong performances during this year’s Boardmasters.

Dave Reed UKPSA said: “Boardmasters is quite simply the biggest surfing event in the UK. With bigger prize purses than last year and some of the top international surfers competing, it’s fantastic to see the Animal Pro Junior and Grom Masters categories returning. There’s no better stage for our young British surfing talent to develop and showcase their skills and we’re hopeful to see a British champion in the near future. The future’s bright for British surfing!”

Andrew Topham, Festival Director, said: “We are thrilled with the competitor line-up for this year’s surf competitions. Boardmasters hasn’t seen a Brit claim the Men’s Open title since Russell Winter over a decade ago. Come join us to watch all the sporting action!”

Alongside the surf contest, there will be BMX and skateboard contests on the purpose built skate and BMX ramps overlooking the beach, plus live music and entertainment. Meanwhile at nearby Watergate Bay there will be a full-on music festival headlined by the likes of Snoop Dog and Bastille.

The South West is a hub for BMX talent and fans can look forward to a packed programme of BMX competitions including Pro BMX and Best Trick. Names to watch out for are Mark Webb, Tom Justice, Angus Gough and Antony McGuirk who will all be battling it out to win their share of the £10k prize pot.

For years, skateboarding has been one of the main highlights at the Boardmasters Fistral Beach site with the action pulling in big crowds. This year looks to be no different with the Pro Skate and the PennyBest Trick competitions planned. Fans can expect to see the likes of Cornwall locals Jake Anderson and Sam Bosworth as well as Alex Hallford, Jed Cullen, Greg Nowik and Carl Wilson.

Boardmasters Fistral Beach site is free and open to everyone to enjoy. For more information visit: www.boardmasters.co.uk