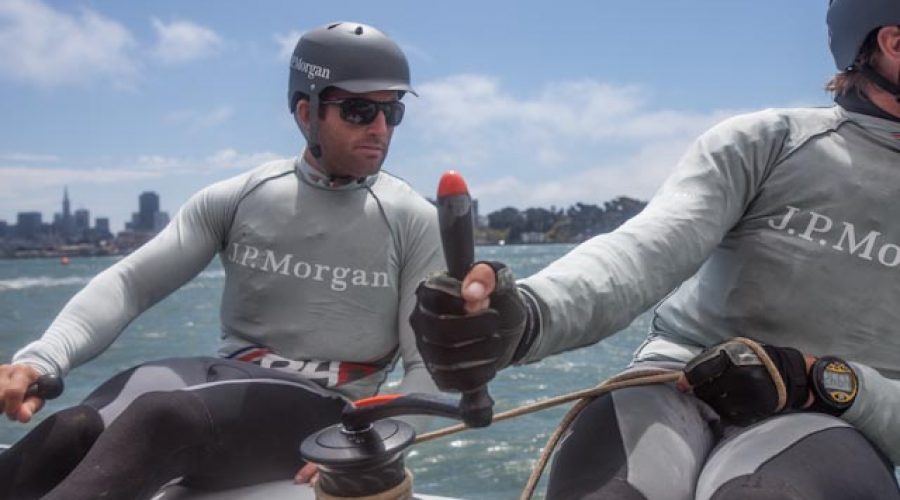 Ben Ainslie’s J.P. Morgan BAR AC45 catamaran will be racing on British waters for the first time since the Olympics when it competes in the J.P. Morgan Asset Management Round the Island Race on the 1st June. The famous Race around the Isle of Wight will be the first time that Ainslie will compete on home waters since winning his historic fourth Olympic gold in Weymouth last year.

Skipper Ben Ainslie gives the reason behind entering the race: “It’s been a fantastic experience to race the AC45’s in the America’s Cup World Series, this was an opportunity to bring the boat to the UK to show the British public how dynamic and exciting these boat are. The J.P. Morgan Asset Management Round the Island Race provides the perfect opportunity to race the AC45 on an iconic course in Britain’s largest yacht Race”.

The current multihull record of 3 hours 8 minutes and 29 seconds has stood since 2001, held by offshore legend Francis Joyon. It was very nearly beaten last year by the Multi 50 trimaran Actual, missing out by just 1min, 28secs.

Ben continued: “I’ve had a few people comment about going for the Race record, in order for the team to have any chance of getting close the record we would need to have the perfect conditions. We’re aiming to get round as quickly as possible but the most important is to race safely and have great fun, whatever happens after that is an added bonus”.

We all wish Ben and his team the very best of luck!