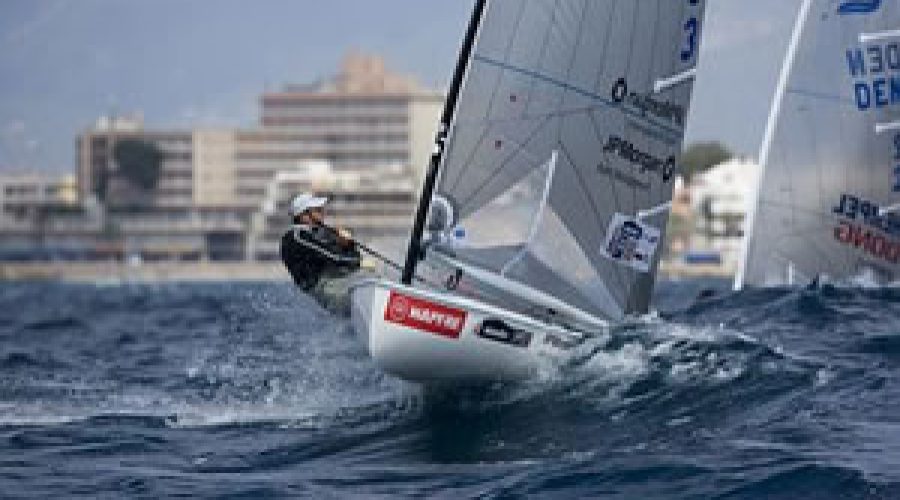 The road to Beijing continues to be paved with gold for triple Olympic medallist Ben Ainslie, who clinched victory at the Princess Sofia Trophy in Palma, Majorca with a day to spare.

The 31-year-old had an unassailable lead of 26 points at the top of the Finn leader board heading into the final despite only finishing seventh in his first race of the regatta.

Conditions proved tricky across Palma Bay, with Ainslie getting off to a less than ideal start and reaching the first turning mark in 30th place before picking his way through the rest of the pack to end in seventh, with the wind then becoming too unstable to hold the day’s scheduled second race.

In spite of his America’s Cup sabbatical, Ainslie remains unbeaten in the Finn since the Athens Games but is still modest about his latest achievement.

“It’s great that my results here have been good enough to win regardless of the medal race, but it’s always a lot tougher than it looks,” the five-times Finn World Champion explained.

“It’s been pretty difficult, with some quite tight racing and the way the Finn fleet is there are often such small differences separating the boats.

“But I’ve quite enjoyed the racing, and the conditions have been pretty good for me over the past fortnight that we’ve been out here,” he added.