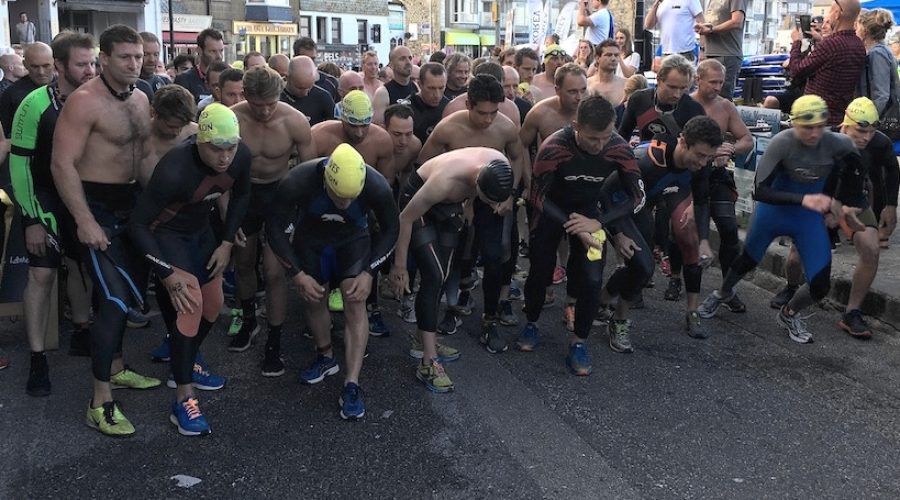 A record number of competitors took part in the St Ives Biathlon this year.

A total of 331 people entered the popular run-swim event on Saturday 6th July, smashing the previous year’s field of 260.

Local man, Neil Eddy won the main race for his 10th time, with Anthony Stewart winning first local home; whilst new and returning participants travelled from as far a-field as Middlesboro in the UK and Sweden globally to take part.

With entry fees, business sponsorship and donations/sales on the day being calculated, the event will be a significant fundraiser for St Ives Surf Life Saving Club – who rely on this flag-ship event for vital club funds each year.

The Biathlon is supported by a wide range of local organisations who donate services and goods to ensure that it is a highlight of St Ives’ calendar for locals and visitors.

“This year’s Biathlon saw record numbers enjoying the event both in and out of the water. This is with huge thanks to many local organisations who support us in organising the event and keeping people safe whilst participating. We would like to thank everyone involved including SISLSC Committee members, RNLI Lifeguards for their continued dedication and support.”

The Junior Race (12-16yrs) saw 40 entries and was won by Thomas Trebilcock and Scarlet Thornton; with the Novice Race (17+years) seeing 25 entries and won by Cullam Osborne and Louise Jarrett.

The Biathlon’s most popular Open Race was won by Neil Eddy and Laurie Depault; with the Vet Race (40yrs+) won by Richard Thomas and Alysia Kirby; and the Super Vets (50yrs+) won by Trevor Price and Sasha Osborne.

For the first year, the main race also included Team Entries, won by Harry Kendal and Emma Butterworth, where competitors buddied up, with one running and one swimming – a popular new addition which the Club intends to continue next year.

Participants ran through the streets of the town, starting from the Harbour and following the coast path towards Carbis Bay for approximately 2 kilometres, before entering the water and swimming back to the harbour slipway for another 2Ks.

Juniors and Novices ran to Porthminster beach before swimming back; with the Miniathlons running and swimming in the harbour.

Hundreds of spectators turned out in support, especially on the harbour slipway, where runs started and swims finished.

Chris added, “There was an amazing atmosphere with many participants commenting on how well supported they were in the water – especially on the home-straight, when they felt as though they were swimming down a red carpet of paddle boarders with red t-shirts, who came out in force to welcome participants through the final metres to the slipway.” 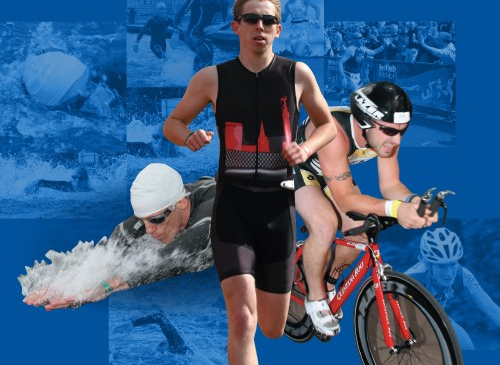