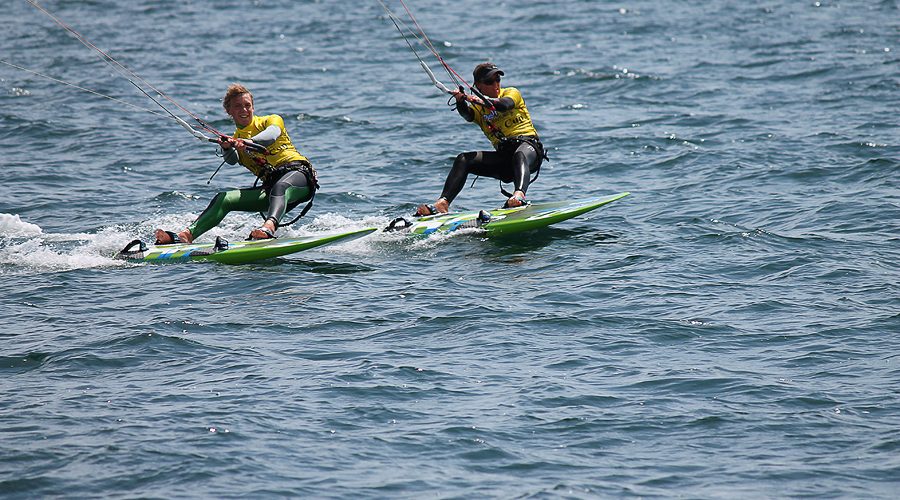 The country’s fastest kitesurfers came to Marazion in Cornwall over the weekend 25th – 26th May 2013 to compete for The Pasty Cup, which is also round 1 of the British Kitesurf Racing Championships.

Organised by local kitesurf school Pasty Adventures and sponsored by the National Marine Aquarium, The Seiners Arms and Philps Pasties, the event is supposed to be a showcase of kite-powered speed and skill.

However the weather Gods failed to produce the strong winds for which this part of Cornwall is famous for. They dis however deliver glorious sunshine and the warmest day of the year so far, which provided a perfect sea breeze to allow 5 races on the Saturday with 4 races on Sunday.

Alongside all the action on the water, spectators were able to have a go at kite flying on the beach and all the competitors were well fed with Philps pasties in the day and a BBQ in the evening.

Winning the Race Fleet and regaining the Pasty Cup for a 2nd year was 2012 Youth World Champion Olly Bridge. His mum , the Women’s World No. 1, Steph Bridge finished in 2nd (both Exmouth) and Lee Harvey in 3rd (Hayle). In the Open fleet Oliver Laurence from Shoreham took top honours winning the Cornwall Tourism Trophy.

Lee Harvey, from Pasty Adventures, who organised event said it turned out to be a successful and fun get-together, even though the light wind forecast kept all but the best kitesurf racers away.

Lee thanked all the sponsors, supporters & volunteers and said next year he plans to add Stand Up Paddle Board contests racing alongside Kitesurf Racing to give much more for spectators to be involved with. 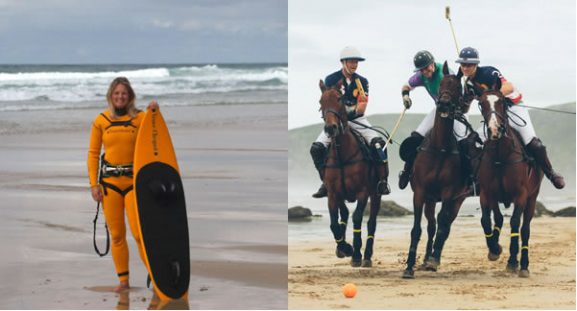 Kite vs Horse at Watergate Bay.

Record breaking kitesurfer, Dreya Bennett is no stranger to tackling new sports, but this weekend you’ll be able to catch