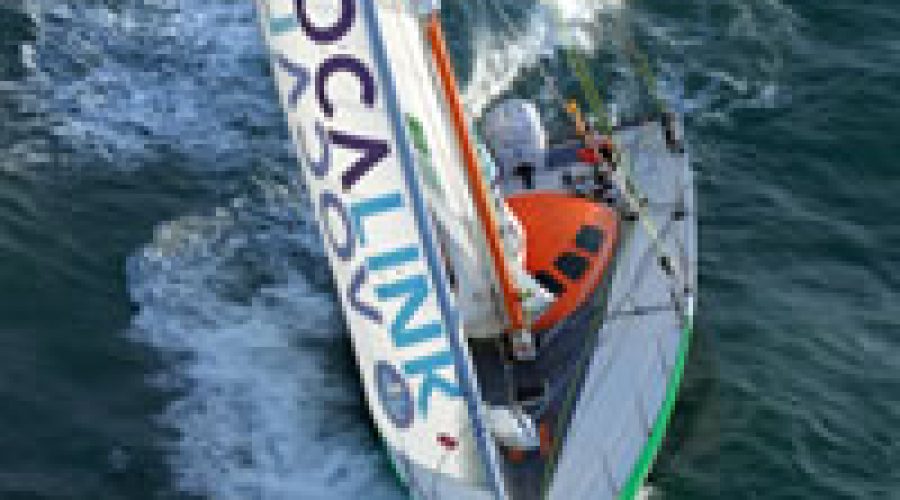 British teenager Mike Perham is on the final leg of his latest challenge to become the youngest person to sail single-handed and unassisted around the world.

Three days after leaving Panama on the final stage of his quest, 17-year-old Mike has been forced to climb the mast of his 50ft yacht in 28 knots of wind. Still feeling sea-sick after setting out from Panama, Mike then had to cope with a broken lazy jackstay, a potential disaster if not fixed quickly. We take a look at an extract from his trip diary:

"The wind had built to a nice 18-19 knots during the night and so I put a reef in for good measure. I’m not quite sure how it happened but as I was putting the reef in, one of the lazy jacks snapped and managed to wrap itself around one of the cars attached to the mainsail. This meant I couldn’t lower the sail, so a mast climb needed to be done, and soon!


"To make things more interesting, the wind had picked up and was gusting 28 knots as I got everything ready – my protective padding, the new line for the lazy jack and a camera mounted on my helmet to get some footage. As with any mast climb, I phoned up my Dad to tell him I was going up and not to expect to hear from me in the next hour or so. I bore Totallymoney.com (my boat) away off the wind a little to ease off some of the slamming but we were still really getting chucked around and hitting loads of waves as I set off. "Going up wasn’t so bad once I had got into the swing of things, but getting around the first spreader was really tough. With too much canvas up, I was really being bucked around! After clearing the first spreader I headed to the lazy jack attachment and with my legs wrapped around the mast, threaded the new line making sure it wasn’t in a mess – I didn’t want to have to come back up to correct a mistake!


"I started to feel really sick and got light-headed. I lost count of the number of times I was smacked against the rig. Coming down was much harder than going up and took me twice as long. If it wasn’t for my body padding, I would be covered in bruises and probably have a couple of cracked ribs for good measure! Getting down felt like an eternity. As I felt my leg touch the boom, I unclipped myself off my climbing gear and lay down on the deck, completely knackered. I hadn’t had any sleep, nor eaten well and was feeling thoroughly sea sick in the lumpy swell. Not a great start to my last leg. But oh well, I’m heading home now, and despite the exhaustion I’m still wearing that grin on my face!"


Check out Mike’s daily reports on the last leg of his remarkable voyage at www.totallymoney.com/sailmike


Money raised by Mike during the 28,000-mile voyage is being donated to Save the Children and the Tall Ships Youth Trust.