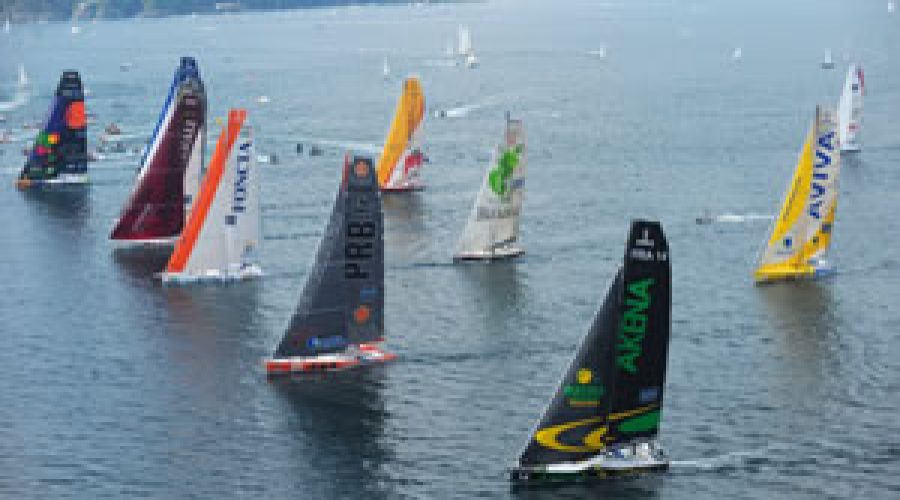 Boats powered away from Plymouth at the start of the Artemis Transat race on Sunday 11 May.

Competitors in the solo yacht challenge set sail from Sutton Harbour, Plymouth and will race for weeks until they finish the crossing line in Boston, USA.

This is the 13th time that The Transat, now known as The Artemis Transat, has been sailed. It was created in 1960 by Sir Francis Chichester and Blondie Hasler, and often known until 2004 as the OSTAR, the oldest solo race in history has created many legends over the last four decades.

This year’s race is in two monohull classes – IMOCA 60 and Class 40 – providing the event with a mix of pre-eminent ocean racing IMOCA skippers with a class that contains aspiring ocean racing professionals and accomplished amateurs.

In the first week of the race the competitors have endured a mix of conditions and one of the favourites – Sébastien Josse – had to pull out because of a broken mainsail.