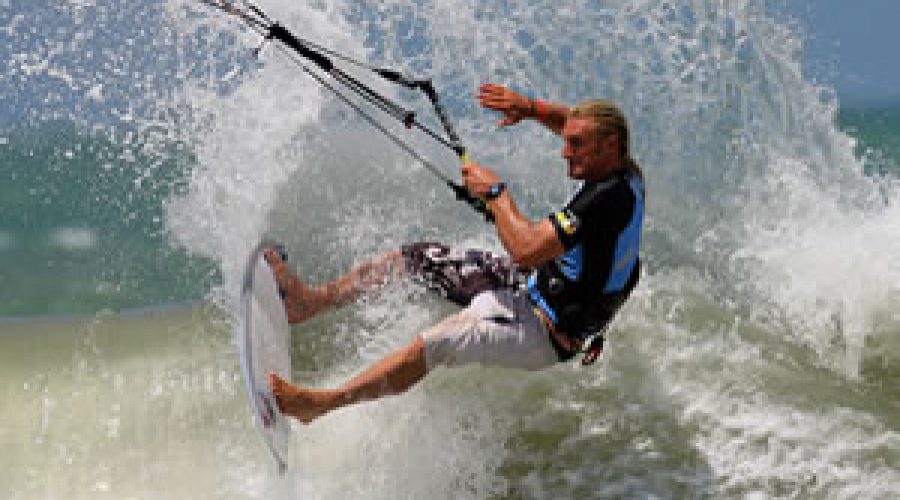 Bennett on Top of the World Watergate Bay kitesurfer Will Bennett has had a phenomenal year affirming his place as the best wave kitesurfer in the UK and among the top five in the world.

Not only did he win the British Kitesurfing Association (BKSA) Wave Series but he also finished fifth overall in the Wave Riding division of the Kiteboard Pro World Tour. The Cornish kitesurfer took on the some of the world’s best kitesurfers at events in France, Portugal, Brazil and Morocco, impressing judges with his unique strapless surf style.

Bennett, ambassador of wave kitesurfing in Cornwall, commented: “I’m chuffed to bits with my success and aim to go a few places higher next year.” Other standouts on the Cornish kitesurfing scene were Newquay’s James ‘Smiley’ Waters who won the Wave event in Gwithian in October, securing third place on the national tour.

Seasoned professional Denzil Williams from St Blazey secured second place in the Wave Series, as well as first place in the Race Series.