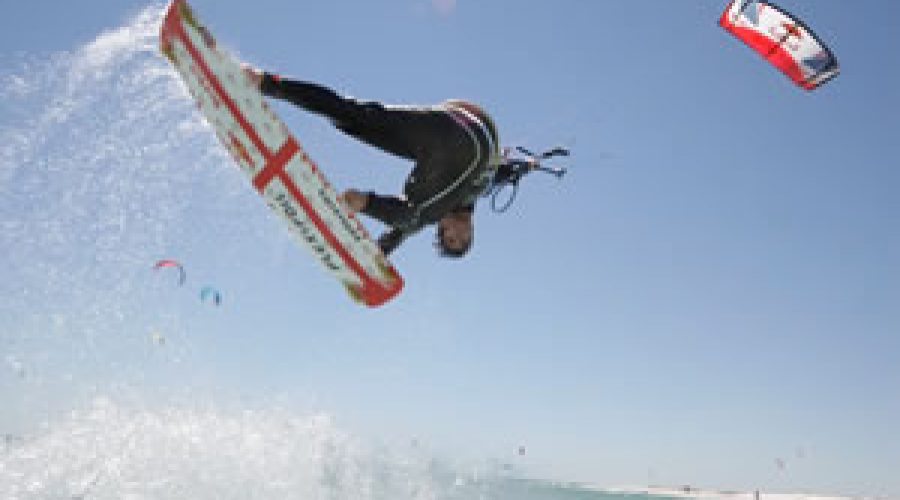 Hadlow, who grew up in kitesurfing in Cornwall , secured the landmark victory in the last round of the PKRA Kitesurfing World Cup in Matansas, Chile.

Aaron Hadlow won his first world title at just 15. Since then he hasn’t looked back, dedicating his teenage life to perfecting his aggressive riding style to stay one step head of his international competitors.

Title number five was no walk-in-the-park, with over 100 professional kitesurfers competing on the tour, all trying to steal Aaron’s crown. This year’s tour has been a closely fought battle between Aaron and Dutch kitesurfer Kevin Langaree. It came down to the wire, with the championship title being decided at the final round of the world tour.

Hadlow has been supported throughout his career by British kite company  Flexifoil. He was trained and mentored by one of the UK’s first ever kitesurfers, Flexifoil’s Jason Furness, recognised Aaron’s raw talents immediately. He said: “I first spotted Aaron when he was just 11-years-old, you could see then that this kid had something special. I really got to know Aaron  and  his father in South Africa in 2001. I sponsored him there and then.”

Flexifoil’s Marketing Manager Matthew Ferris commented: “To have a 5 x British kitesurf world champion is simply amazing and an achievement that as a country we should be incredibly proud of. After all how many other five times World Champ’s have we got?”