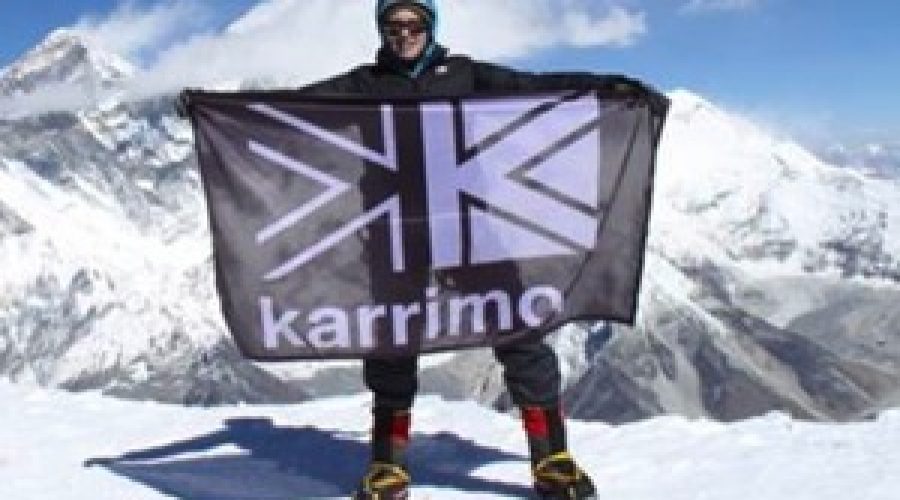 British adventurer Bonita Norris has embarked on a trip which will see her attempt to climb Lhotse (8,516m) in the Himalayas – the fourth highest mountain in the world.

Lhotse will be Bonita’s third climb over 8000m having climbed Mount Mansaslu (8163m) as part of her training for her successful assent of Everest in 2010, when she became the youngest British Woman to reach the top. The Karrimor backed athlete has also trekked to the North Pole and climbed the challenging mountain Ama Dablam (6,586m) in the Nepalese Himalayas.

Now the adventurer has her sights set on Lhotse which is best known for its proximity to Everest however it is a dramatic mountain in its own right with the steepest south face of its size in the world. This will be a tough climb taking Bonita well into the “death zone” where extra oxygen is required to prevent severe damage to your lungs, the first time she will climb this high since Everest.

Climbing with her Sherpa and friend Lapka Wongchu with whom she summated Everest and Ama Dablam with, Bonita’s route will take the same path as those who are attempting Everest this year, splitting from the Everest route after camp 3 to reach the peak. The aim is to summit Lhotse around the end of May leaving her nearly two months to acclimatise to the altitude as well as fitting in a 6000m summit as a “warm up”.

Bonita and Lapska have built a strong bond after he assisted her in her ascent from Mount Everest after sustaining an injury. After proving that she was an extremely competent climber during the Ama Dablam climb, Bonita is looking forward to climbing again with such a great companion.

Commenting on her renewed relationship with Karrimor, and her impending climb, Bonita said: “Karrimor have been a fantastic support to me over the past year and I am really excited that I have resigned as a brand ambassador especially with some exciting plans in the pipeline. I will be attempting to climb my third mountain over 8000m and would have been able to do so without their support.

“I am really looking forward to climbing Lhotse which will see me back climbing a route which holds so many great memories but this time with a fresh challenge in mind.”

Pete Gostling, Marketing Manager for Karrimor, said: “Bonita’s attitude epitomises all that is Karrimor. Her achievement and ambition really reflect the ambitions of the brand and she is an amazing role model to your people and women in particular. We look forward to the year ahead and wish Bonita every success on her climb up Lhotse.”

Bonita will be blogging from the Himalaya, to keep up to date, please visit www.karrimor.com or follow the Karrimor Twitter feed @Karrimor.